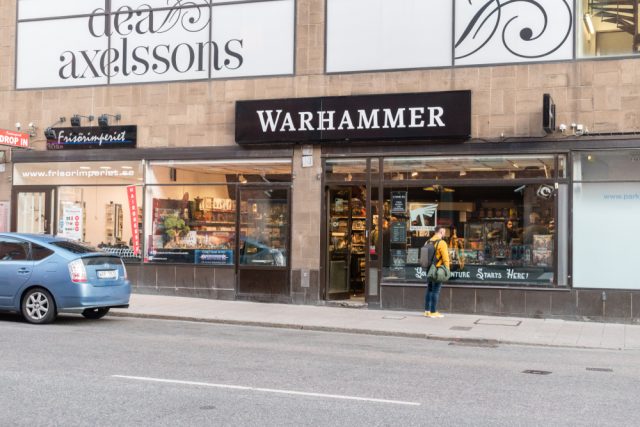 Games Workshop Group PLC (LON:GAW) have seen their shares jump on Tuesday as the firm saw a strong period of trading.

The firm said that it was pleased with its interim performance as it recorded a record rise in revenue and profits.

For the six months to December 1, the war-games manufacturer and retailer posted revenue of £148.4 million, up 19% from £125.2 million the previous year.

The shift to online retailing was also impressive for Games Workshop as online sales rose 14% to £24.2 million.

On a good note for shareholders, the company declared a dividend of 45 pence per share which is payable on March 2.

Kevin Rountree, CEO of Games Workshop, said: “Our business and the Warhammer Hobby continue to be in great shape.

We are pleased to once again report record sales and profit levels in the period. The global team have worked their socks off to deliver these great results. My thanks go out to them all. Sales for the month of December are in line with our expectations.”

“We are also announcing that the Board has today declared a dividend of 45 pence per share, in line with the Company’s policy of distributing truly surplus cash.”

In November, the firm once again saw their shares surge amidst strong profit speculations.

For the six months trading period ending December 2, Games Workshop expects pretax profit to be no less than £55 million, and sales to be at least £140 million.

The update arrived on the back of ongoing momentum in recent months, with royalty growth driven by the ‘timing of guarantee income on signing new licences,’ Games Workshop said.

The statement said: “Following on from the group’s update in September, trading to 3 November 2019 has continued well.