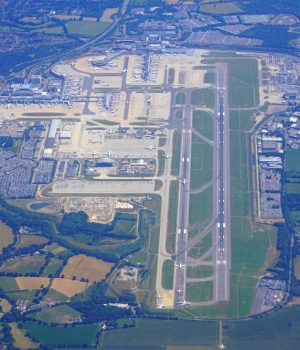 Gatwick has announced that it will be utilising its standby runway by the mid-2020s. Indeed, the runway that is currently on standby will be used for departing flights by the mid of the next decade.

Currently, the runway on standby can only be operated when Gatwick’s primary runway undergoes maintenance. Equally, the planning agreement it currently operates under allows the standby runway to also be used for emergencies. However, this agreement, which has been in place for 40 years and signed with the West Sussex county, is set to end in 2019.

In addition, the airport is proposing to spend £500 million to widen the runway. It may be widened by 12 meters to align with safety requirements, allowing 10-15 short-haul flights to depart each hour. This operates as part of a plan to see over 100,000 extra flights a year to the airport by 2032.

The airport said it was researching a master plan which “sets out how Gatwick can grow and do more for Britain”.

Located in south-east England, it hopes to assist 70 million flyers a year across its two runways.

However, the announcement has already received backlash from campaigners.

Critics are worried that the use of standby runway may cause noise pollution and health and safety concerns.

Plans for the operation of the runway remain in their early stages. If these are progressed, they require a full public consultation and are subject to a detailed planning proposal.

“As the UK heads towards an important new chapter, Gatwick’s growing global connections are needed more than ever, but this must be achieved in the most sustainable way. From using new technologies on our main runway, to the innovative proposal to bring our existing standby runway into routine use, our draft master plan offers agile, productive and low-impact ways of unlocking much-needed new capacity and increased resilience from within our existing infrastructure.”

The Communities Against Gatwick and Noise Emissions (CAGNE) have already expressed backlash. Sally Pavey has commented:

“You cannot have tens of thousands more flights without more noise. There will be no respite in the day.”

“It’s outrageous that they can be announcing a second runway and safeguarding land for another one too. The infrastructure and roads around Gatwick are crumbling already due to the number of passengers – it does not have the surface access.”