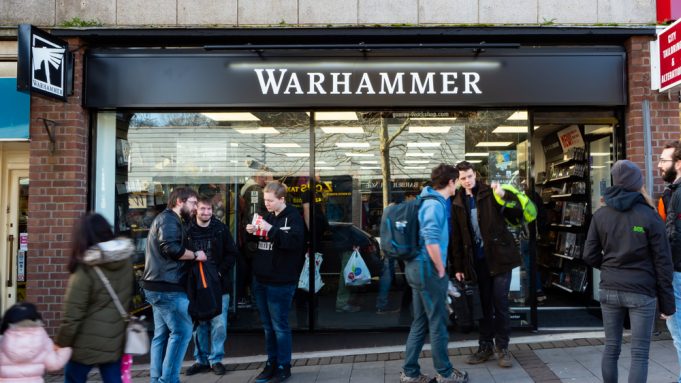 As large proportion of the developed world’s population become confined to their homes, people will naturally seek ways to entertain themselves. Video games will be the go-to choice for most of the younger generations but there will be a huge demand from hobbyists for the models offered by Hornby and Games’ Workshop.

At the time of writing, a large number of products on Games’ Workshop’s Warhammer website were sold out, suggesting a surge in demand.

Warhammer is commonly known among enthusiasts as ‘plastic crack’ due to the addictive nature of collecting and painting the models, and evidence points to people stocking up for long days inside.

The creation of an almost cult-like Warhammer following has been reflected in consistently strong growth for Games’ Workshop in recent years.

Shareholders have reaped the rewards of Games Workshop’s popularity and increasing profits with share rising from lows of 2,200p in 2018 to 2020 highs of 7,350p.

Shares have since fallen to 4,230p which presents an interesting entry point given the biggest problem the Games Workshop will now have is ensuring their website and order processes can meet demand.

For the more traditional model producer, Hornby, which owns Airfix, Scaletrix and Corgi, the lockdown may signal a change in the company’s fortunes.

The company has undergone a years long restructuring which has been painful for investors but losses declined sharply in 2019 FY. In addition, Hornby has recently raised £15 million to ‘reinvigorate’ their offering and invest in digital marketing.

This has proved particularly timely given the likely boost to demand in the short term but it also provides a key marketing opportunity to target younger generations.

If Hornby are able to win over new consumers who embark on their collecting careers whilst in lockdown, it could provide revenues long into the future.