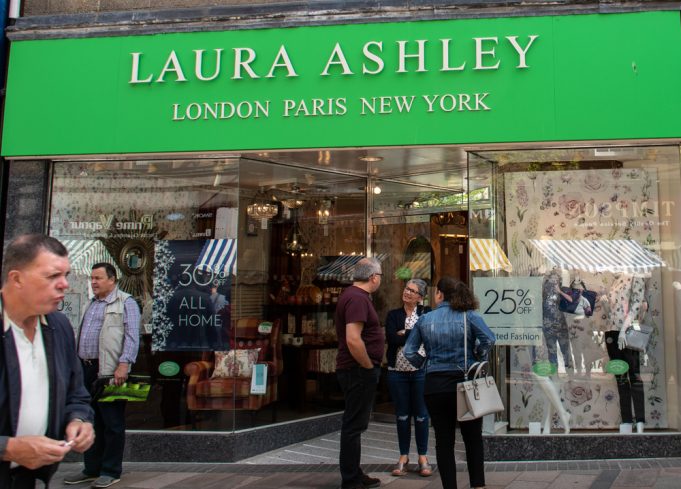 Laura Ashley has warned on annual profits, citing a “turbulent market” in its interim results.

The loss was attributed to a 4.2% fall in like-for-like sales. During the period, Laura Ashley closed four stores.

The businesses Furniture and Decorating offerings also witnessed a share decline in sales, with furniture plummeting by 14.4% and decorating down 12.4%.

Its fashion division performed better with an 11.8% increase in like-for-like sales.

The retailer announced a series of store closures in 2018, with 40 UK stores facing the axe.

Instead, Laura Ashley said it would be focusing upon growing its operation in China.

Since 1998, the company has been majority controlled by MUI Asia Limited.

Its been a difficult few years for the retail sector, with various well-known high street stores, including Laura Ashley announcing closures.

Retailers such as New Look, M&S (LON:MKS) and Waitrose all shut down sites in 2018, blaming falling footfall.

Intu cited an uncertain economic environment as well as difficult trading across the retail sector in general.