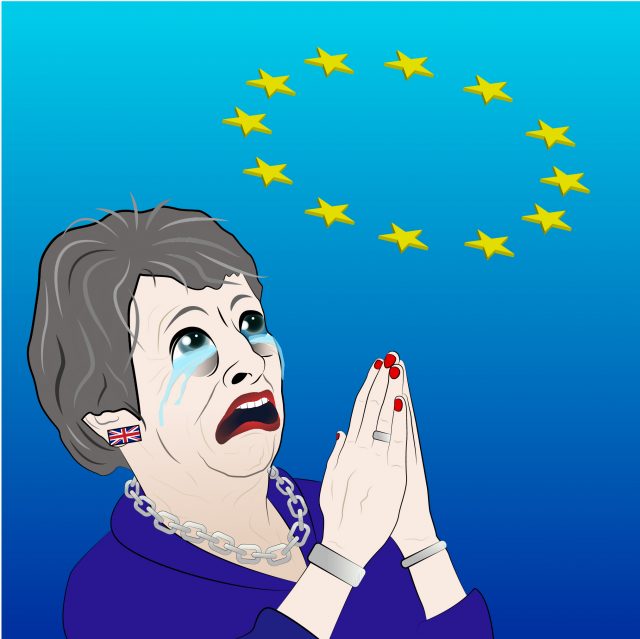 Following yesterday’s debacle and the triple vote loss, the government have since published the advice they received from legal personnel on the realities of Brexit.

Following what started as a slow filtration and dribble of information leading into PMQs this afternoon, it has since been revealed that despite many a promise from the prime minister,

the hard border with Ireland would “endure indefinitely”,

until a trade deal is eventually struck with the EU. In the six page document published on Wednesday afternoon, legal attorney-general, Geoffrey Cox, stated that,

“Despite statements in the [withdrawal agreement] protocol that it [the backstop] is not intended to be permanent, and the clear intention of the parties that it should be replaced by alternative, permanent arrangements, in international law the protocol would endure indefinitely until a superseding agreement took its place.”

In regard to the success of a potential trade deal, the backstop could endure, “even when negotiations have clearly broken down”.

“In the absence of a right of termination [on the backstop], there is a legal risk that the United Kingdom might become subject to protracted and repeating rounds of negotiations,”

Shadow Secretary of State for leaving the EU, Kier Starmer, was ardent about the need for these documents to be published, and has since posted on Twitter,

“Having reviewed the attorney-general’s legal advice, it’s obvious why this needed to be placed in the public domain.”

“All week we have heard from government ministers that releasing this information could harm the national interest. Nothing of the sort. All this advice reveals is the central weaknesses in the government’s deal.”

Nigel Dodds, deputy leader of the DUP, has since commented that the findings are “devastating” – and one would have to ask quite how much of Theresa May’s oh-so-famous ‘compromise’ would be needed to drown out the political death knells.

“For all the prime minister’s promises and pledges the legal advice is crystal clear. In her words, no British prime minister could ever accept such a situation.”

With the furore intensifying, all sides are interjecting with agendas, motives and complaints, and nobody seems able to posit a conciliatory solution. Brexit taps into the area that the British political establishment fears the most; a shift from incremental economic management based on market forces, onto actual, dramatic, political change. There is no rational answer or course of action, just the task of representing the will of British people, while efforts will inevitably be made by the centre-ground to maintain the status quo.