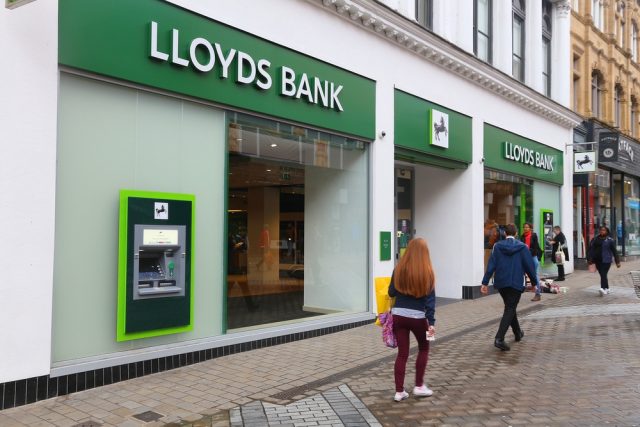 Lloyd’s have seen a mixed few weeks of trading, as the firm reported a drop in third quarter pretax profits at the end of October.

Lloyds joined a growing list of multinational banks who had seen a slump in trading amid cut throat trading conditions.

FTSE100 (INDEXFTSE: UKX) listed HSBC (LON: HSBA) saw their trading figures slump in a similar period. The firm have announced changes to their structural organization as well as a strategy to lower costs leading to job cuts.

This morning, Deutsche Bank AG (ETR: DBK) updated the market as they gave modest predictions. The German bank said it expected revenue at its core banking business to grow by just 1% in the run up to 2022, half the growth level estimated in July. It put emphasis instead on efforts to cut billions of euros in costs.

However, Lloyds have not hit news headlines today to report a slump in trading but instead the treatment of their customers who have been a victim of fraud, which puts them in bad media spotlight.

The bank has paid £102 million in compensation to 71 businesses and 191 directors over the fraud.

Watchdog the Financial Conduct Authority said it would consider ‘further action’ against Lloyds over the failings, adding that they needed to be addressed quickly.

We are disappointed that, after such a long period of time, the consequences of the HBOS Reading fraud for customers have not yet been properly remediated by LBG,” the FCA added.

Nikki Turner, one of the victims of the HBOS fraud and outgoing director of campaign group SME Alliance, welcomed the report but urged Lloyds to act quickly.

“It is nearly three years since the guilty verdicts were handed down, and a decade and a half since many of the frauds took place.

“Victims are suffering real hardship, many lost their businesses, homes and – in some cases – families. They need fair restitution now,” Turner said.

Politicians and campaigners have criticized Lloyds for the handling of the fraud case at HBOS.

Lloyds Chief Executive António Horta-Osório apologized to victims and said he was committed to making reparations.