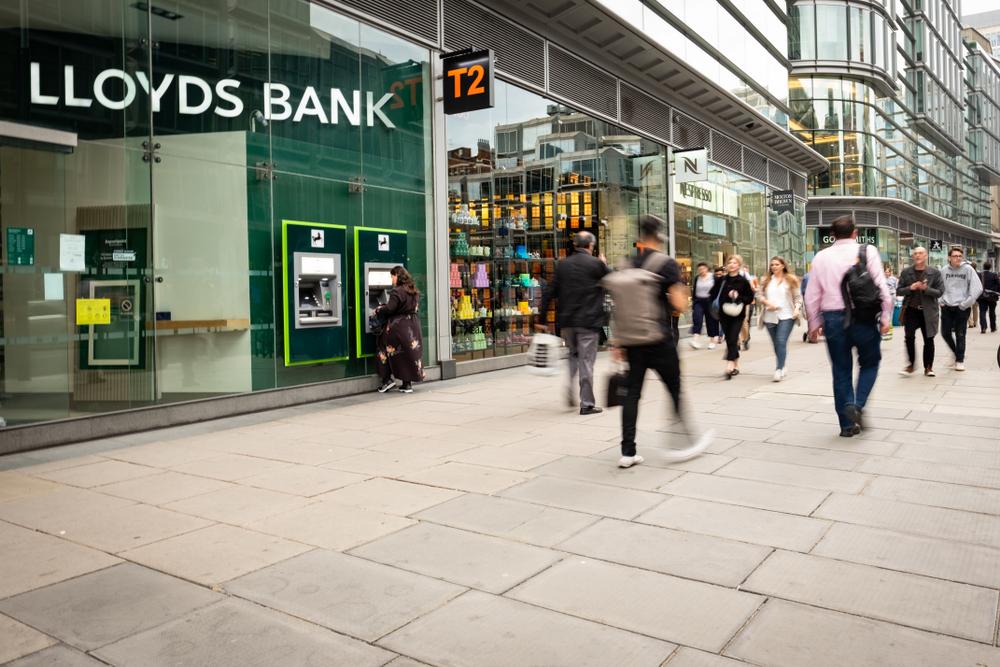 Lloyds Banking Group PLC (LON: LLOY) have announced results of their most recent trading update, in this statement pre-tax profits fell amidst a slump in the global finance industry.

Lloyds reported a a 97% fall in pre-tax profit for the third quarter from last year.

The company’s profit before tax for the third quarter fell 97 percent to 50 million pounds from £1.82 billion last year.

The third quarter results, were significantly impacted by a £1.8 billion payment protection insurance or PPI charge, driven by a high levels of PPI information requests received in August.

The news comes at a time where there has been mixed updates from competitors.

HSBC (LON: HSBA) have reported a fall in revenues and a restructuring change may lead to job cuts, and Deutsche Bank (ETR: DBK) appear to be in further crisis as they report a third quarter loss.

Gains have been made by Standard Chartered (LON: STAN) and Bank of Ireland (LON: BIRG), as they third quarter trading updates show strong performance and revenue growth.

Lloyds banking forecasts net interest margin of 2.88%, in line with previous guidance of about 2.9% which does give shareholders something to hold onto amidst this poor quarterly performance.

The bank’s chief executive, Antonio Horta-Osorio, said: “I am disappointed that our statutory result was significantly impacted by the additional PPI charge in the third quarter, driven by an unprecedented level of PPI information requests received in August”.

We will maintain our prudent approach to growth and risk whilst continuing to focus on reducing costs and investing in the business to transform the group for success in a digital world,” he said.

The fact that COO Juan is departing after eight years at the company also is a worry as no potential successor has been lined up.

Lloyds have said however that the appointment will be announced in the near future, as and when candidates are shortlisted.

António Horta-Osório, Group Chief Executive, said “Juan has made a very substantial contribution to helping to turn Lloyds around. His work in Risk was outstanding and led to his invitation to join the Board. Throughout the Group, and externally too, Juan is respected for his exceptional judgement and insight. Juan has made a tremendous impact on the Group and we shall be sorry to see him go.”

Catherine Woods will join the Board on 1 March 2020 after retiring as Deputy Chairman and Senior Independent Director of Allied Irish Bank in October 2019.

Nevertheless, Mr Horta-Osorio said the bank’s financial performance had been solid despite a “challenging external environment”.