Home Shares Lloyds report mixed 2019, as profit falls due to rise in PPI... 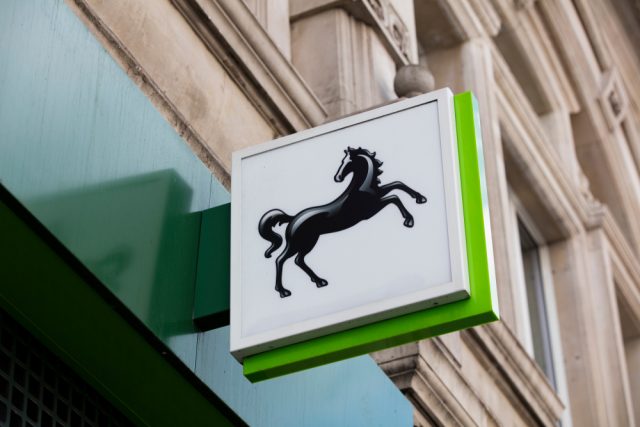 Lloyds Banking Group PLC (LON:LLOY) have given the market an update on their annual trading for 2019 on Thursday morning.

The British Bank reported a fall in profit across 2019 trading, which the firm said was due to a rise in PPI payments.

Lloyds remained confident with its general underlying performance, as shares have stayed in green on Thursday morning.

Notably, 2019 profit also fell 1.8% short of the £4.47 billion consensus off market forecasts predicted by the firm.

On an underlying metric, net interest income was £12.38 billion which remained constant with market and analyst predictions. However, this was 2.6% lower from a year go which was reported at £12.71 billion.

Lloyds reported that their total costs also fell, which would have been a pleasing take from this morning’s update.

Looking at Lloyds Retail, net interest income fell 2.8% year on year to £8.81 billion, whilst the commercial unit reported income drops of 3% to £2.92 billion.

Net interest margin across 2019 trading also worsen to 2.88%, however this did remain consistent with market forecasts. This was a slight fall from 2.93% in 2018.

Going forward, Lloyds have said that they are guiding for a net interest margin between 2.75% and 2.80%

“The Group faces the future with confidence. As a result, we will continue to target a progressive and sustainable ordinary dividend. In 2020, the Group will also commence paying dividends quarterly, accelerating payments to shareholders, with the first dividend being paid in June 2020.”

Operating costs are expected to fall below £7.7 billion, which will please shareholders and give confidence for the future.

“In 2019 the Group has continued to make significant strategic progress while delivering solid financial results in a challenging external market. The Group’s statutory performance was impacted by a substantial PPI charge related to the deadline for claims submission. Underlying performance was resilient, reflecting the health of our customer franchise and the strength of the business model.

Given our clear UK focus, our performance is inextricably linked to the health of the UK economy. Throughout 2019, UK economic performance has remained resilient in the face of significant political and economic uncertainty, supported by record employment, low interest rates and rising real wages. Although uncertainty remains given the ongoing negotiation of international trade agreements, there is now a clearer sense of direction and some signs of an improving outlook.”

Lloyds mentioned the diversity and inclusive nature of their employees – which is an aspect of business which has never been so important.

“The Group was the first FTSE100 company to establish targets for championing diversity within its business and we now have 36.8 per cent of senior roles held by women, up almost 8 percentage points since 2014 and we continue to aim to meet our target of 40 per cent by the end of 2020. With 10.2 per cent of roles across the Group held by Black, Asian and Minority Ethnic (BAME) colleagues, we have exceeded our 2020 target of 10 per cent.”

The bank has paid £102 million in compensation to 71 businesses and 191 directors over the fraud.

Watchdog the Financial Conduct Authority said it would consider ‘further action’ against Lloyds over the failings, adding that they needed to be addressed quickly.

“Historic conduct issues remain disappointing but we continue to be focused on doing the right thing for our customers. The Group is fully committed to implementing all of the recommendations contained within Sir Ross Cranston’s report relating to HBOS Reading and ensuring that victims of the HBOS Reading fraud have their claims assessed in an open and transparent manner. We have apologised to those impacted and are determined to put things right.”

At the end of October, Lloyds reported that they third quarter pretax profit had slipped.

The company’s profit before tax for the third quarter fell 97 percent to 50 million pounds from £1.82 billion last year.

The third quarter results, were significantly impacted by a £1.8 billion payment protection insurance or PPI charge, driven by a high levels of PPI information requests received in August.

Lloyds banking forecasted net interest margin of 2.88%, in line with previous guidance of about 2.9% which does give shareholders something to hold onto amidst this poor quarterly performance.

Market analysts have reinforced the current PPI issues that Lloyds are facing, and have said that this was the main factor which dented their results today. However, there has been commendation for the firm.

“It looks like Lloyd’s still can’t get away from the shadow of PPI pay-outs and so the “people’s cash machine” is still paying out.

Despite this weight on the headline results, profitability was still fairly robust and I feel that investors will at least take some comfort from the increased dividend and the executive pay structure cuts taken by Horta-Osario. At least he is sharing the pain.

Considering Lloyd’s are the most domestic facing bank, and the uncertainty the UK economy has seen over the last year, overall the numbers show resilience.  Investors and the markets are in agreement with shares up 3% on the day.”

Lloyds have seen a mixed time across 2019, with a spread of results. The firm is looking to correct their public media imagine following a couple of incidents which have dented the reputation of the firm – however this should be fixable over time.

The British bank will remain confident across 2020 – when more market clarity is given as both consumers and investors find confidence.