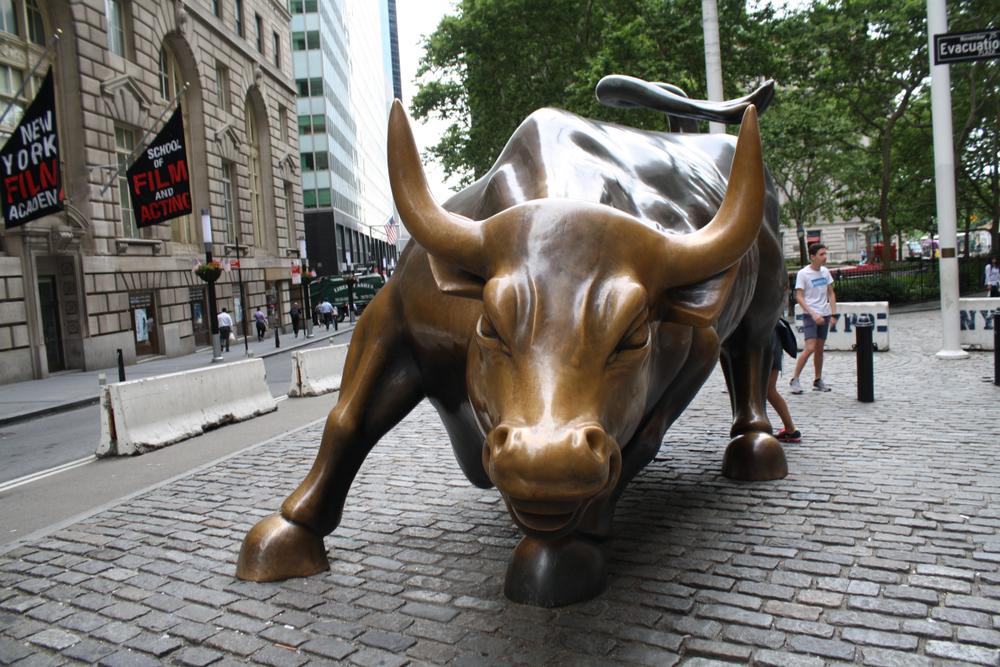 Ok, the bull may not be THAT appropriate. Last week we were told there is a one-in-three chance that recession is coming – sadly, markets don’t seem to want to get it over with. Manufacturing PMI is at its lowest level in months, miners are struggling (outside of gold and vanadium), the US bond market hasn’t resolved its inverted yield curve and the world superpowers are still toying with the prospect of a currency war. All that being said, market’s have proven surprisingly resilient and have steadied since Monday’s currency dive. Aware of sounding like a game show host, its still all to play for; there are still exciting opportunities for investors and there is potential for a bounce-back, however we should remain vigilant of poor performance within growth indicators.

Discussing currency movements over the week, financial advisor Connor Campbell described a return to something that resembles business as usual, despite what remains a tentative and unsteady status quo.

“A hellish start to the week settled into a tense quiet on Wednesday morning, investors nervously waiting for the next major skirmish in the US-China trade war.”

“A continued […] rebound from the pound – which is up 0.2% against both the dollar and the euro – and trouble in its commodity sector, with Glencore (LON: GLEN) the worst hit after a 32% fall in earnings, ensured the FTSE wasn’t able to lift itself back above 7200. Instead the UK shed 10 or so points, straining to keep above 7160.”

“Choosing, seemingly, to ignore a sharp, and potentially recession-suggesting, plunge in German industrial production, the DAX rose half a percent after the bell. That leaves the index teasing 11650, compared to the sub-11400 lows struck at its worst moments on Tuesday. As for the CAC, a 0.2% increase pushed it back to 5250.”

“Looking ahead to the rest of the day and, without much on the economic calendar, the markets are going to remain incredibly susceptible to the minutiae of the trade war, especially if Donald Trump wants to work out his itchy thumbs.”

Ultimately, markets are still holding their breath, and rightly so. With China and the US locking horns ones again and negative news on growth indicators emerging daily, you’d think market sentiment could only take so much fraying before it snaps.

Perhaps its not all doom and gloom, though. Speaking to the CEO of Vanguard Capital AG, Sezer Sherif, and the Company’s senior financial advisor, Imran Lakha, it appears markets still have a leg to stand on.

Speaking to the UK Investor Magazine, Vanguard representatives said that markets would only encounter severe turbulence should there be a downturn in the credit market.

The pair noted that fundamentals throughout the market were poor, with indicators for global growth (PMIs, auto sales etc) and the earnings outlook (based on guidance for the third quarter of the calendar year) were both rolling over. However, they stressed that bonds and equities should not be tarred with the same doom and gloom brush as other indicators, and that current liquidity conditions – as ensured by central bank policy – have not changed enough to make them think that equity markets couldn’t bounce back.

“I’m not a bull, but I’m very conscious of the market’s ability to bounce back.”

Looking forward, Vanguard representatives said that they expected Trump’s hawkishness to persist and that Jay Powell would likely be forced into further accommodative monetary policy. Regarding the inverted yield curve, the consensus was that the Fed needed to continue its rate cuts, with the hope that developing markets would follow suit.

The Company remained optimistic and highlighted potentially fruitful leads for investors to pursue. Discussed as almost a given, there was a bullish long-term outlook for gold, and for more proactive investors, Mr Lakha advised looking into deep-out-of-money-puts on a two-month rollover.

Other market and macro financial news has come from; the London Stock Exchange Group (LON: LSE) and Sterling.