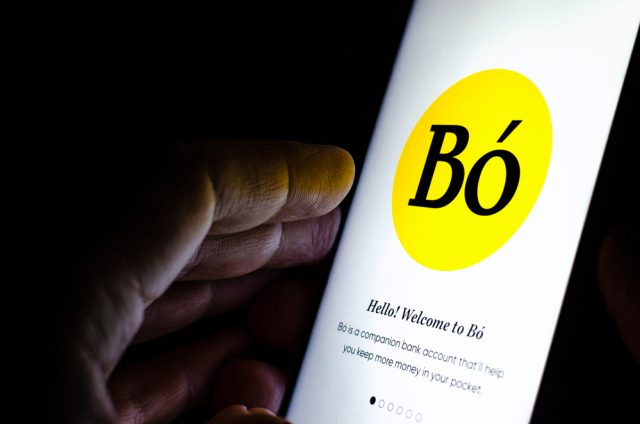 Royal Bank of Scotland Group plc (LON: RBS) have announced to the market that they are set to release their standalone digital Bank Bó.

Over a fortnight ago, it was announced that both HSBC (LON: HSBA) and RBS were set to roll out their respective new digital banking platforms.

As HSBC prepares to roll out HSBC Kinetic, RBS is putting the finishing touches onto Bó.

The Bó app is designed to encourage customers to budget and save better, alerting them if they overspend.

This has come as a response where banks such as RBS, HSBC and Lloyd’s (LON: LLOY) have seen a slump in their third quarter profits.

The expansion of brands such as Monzo and Starling Bank has put pressure on the heavyweight banking firms to conjure up a response to the use of new fintech.

Bó will target the 16.8 million Britons with savings less than £100.

Bó Chief Executive Mark Bailie told reporters on Wednesday the venture could offer its parent cheaper funding by amassing customer deposits on its lower cost banking platform, although he did not say how much the bank had spent on the project.

RBS are still majority publicly owned after the financial crash in 2008 led to a public bailout, and its biggest brand Natwest serves over 16 million customers.

Bailie said Bó aimed to attract what he described as a “material” number of customers relative to NatWest within five years. “A few hundred thousand customers doesn’t make any difference to the bank,” he said, without giving a precise target.

From recent market data, start-ups such as Monzo and Starling have picked up thousands of new customers this year from rivals, leading to the creation of these mobile banking platforms.

“We’re blocking them at the front door,” Bailie said, adding such attacks were expected for new online ventures.

Bailie said Bó, which offers similar functions to other digital banks, would differentiate itself with its focus on helping customers budget better.

“We’ve got a big data set, and the data set says that customers have a broken relationship with money,” Bailie said.

In a time where rivals such as Standard Chartered (LON: STAN) and Bank of Ireland (LON: BIRG) have posted bullish updates, the move to release Bó will come to stimulate customers in an attempt to turn performance around.