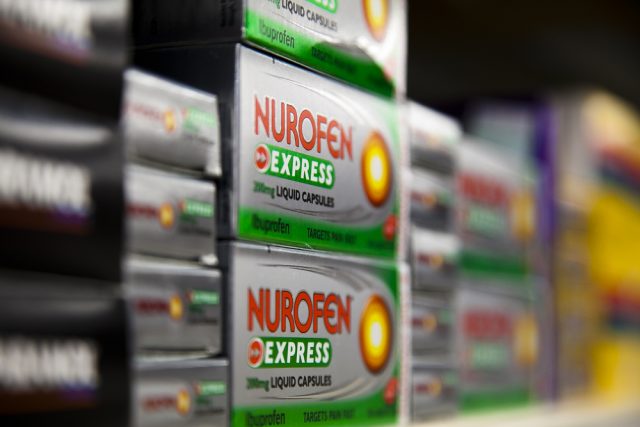 Reckitt Benckiser (LON:RB) posted a 1% rise in its first-quarter sales on Thursday but expects to see “improving growth” during the remainder of the year.

Like-for-like sales rose 1%, falling below the 1.8% figure expected by analysts.

Shares in the company were almost 2% lower during early trading on Thursday.

“As expected, Q1 saw a slow start to the year, especially in OTC (Over The Counter). We expect to see improving growth in the remainder of the year, particularly H2,” Chief Executive Officer Rakesh Kapoor commented on the results.

“Our health business unit (BU) was impacted by the unusually weak cold and flu season across US and several European markets and associated retailer inventory movements. While our seasonal products declined, Nurofen and Gaviscon delivered good growth from a combination of recent innovations and quality base products. Our IFCN business delivered a good Q1 (+5%), with innovation led momentum continuing in the US and further progress in China,” the Chief Executive Officer continued.

Reckitt Benckiser said that it remains on track to deliver its full year net revenue target of +3-4% like-for-like, with its growth to be weighted by the second half of its financial year.

“RB2.0 remains fully on track and we reiterate our 2019 targets of 3-4% LFL net revenue growth and adjusted operating margin to be maintained,” Rakesh Kapoor concluded.

At the start of the year, however, the company posted a 65% drop in its annual profits, but insisted that this was impacted by one-off gains from the previous year.

Its sales also suffered at the end of 2018 as a result of a manufacturing disruption at a European baby formula factory, appearing to be prone to multiple one-off incidents in the past.