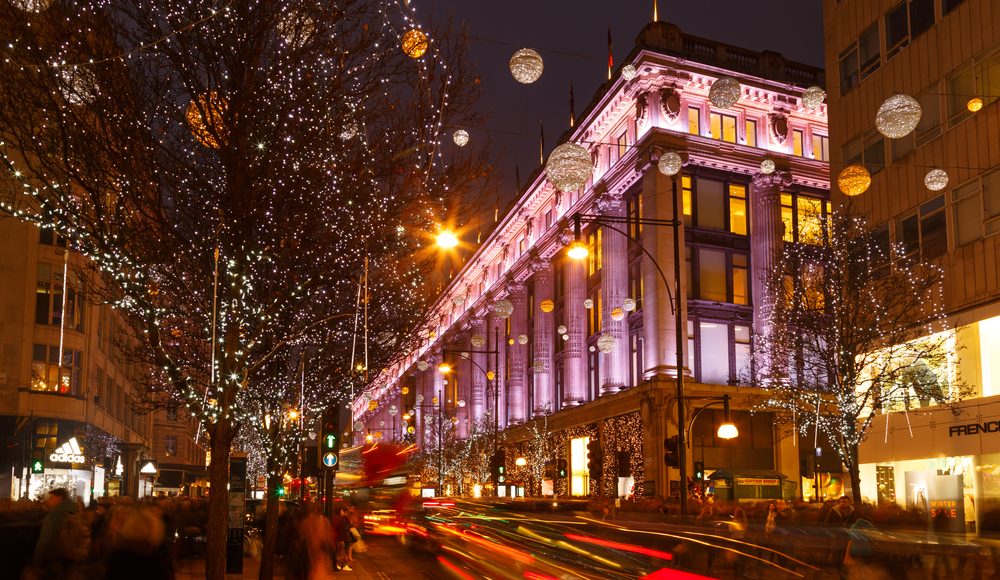 Selfridges is set to report a record set of sales for the Christmas period, as the retailer bucks the downward trend in UK retail as of late.

The luxury department store updated the market on Monday, reporting sales for the 24 days running up to Christmas had grown 8% year-on-year.

Sales in the week to the 25th of December were also up 8%.

In particular, sales at its flagship Oxford Street store in London, saw a 10% rise in sales across the festive period.

Alongside its famed central London location, Selfridges also has branches in Birmingham and Manchester.

The luxury department store was founded 111 years ago in 1908 by Harry Gordon Selfridge, an American-British entrepreneur who was later referred to as ‘The Earl of Oxford Street’.

The store was also the subject of ITV drama “Mr Selfridge”, which recounted the early days of its founding.

Selfridges results prove resilient in the face of an increasingly challenging trading environment for retailers.

Whilst the festive period is usually particularly lucrative for the high-street, 2018 marked on of the most difficult years on record, with House of Fraser narrowly avoiding administration.

However, troubles have proved not only limited to retailers of the traditional store-front model.

Online retailers are also facing difficulties, with ASOS (LON:ASC) issuing a shock profit warning in the run up to Christmas, after heavy discounting had impacted revenues.

Sports Direct owner Mike Ashley also lamented that this November had been “the worst on record, unbelievably bad”.