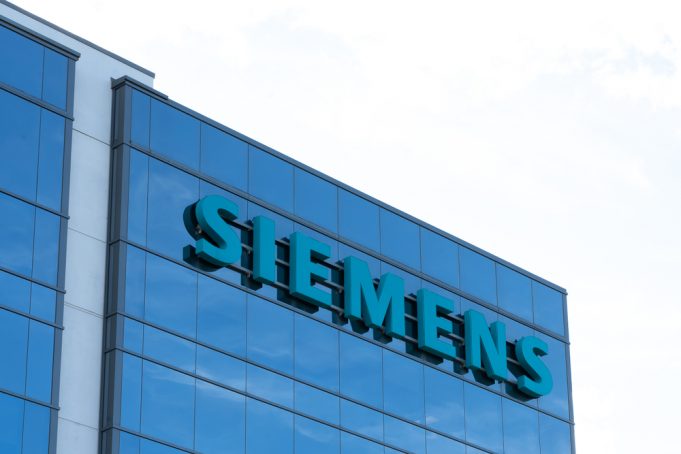 Siemens AG (ETR: SIE) have given shareholders a gloomy outlook for the next financial year, despite beating quarterly expectations.

A booming software industry helped Siemens to reach their quarterly sales target in the fourth quarter.

The Thursday update provided positive figures for the German titan, however ended with a rather gloomy note on the expectations in Financial 2020.

Siemens commented that it expected the macroeconomic environment to remain “subdued” next year, citing geopolitical and economic risks, as well as elections in big markets like the United States.

Additionally, the software giant alluded to the issues that its short cycle products would face, including reduced demand in the automotive and machinery industries, where the company expects a “moderate decline” in the market.

There was some hope for investors, as Siemens issued a bold statement saying that there would be strong recovery in the second half of 2020, and that it still expected to ‘outperform’ the market.

“While many other industrial companies had to revise their outlooks, and some conglomerates had to struggle even more to survive, we kept our word.”

Siemens is not the only firm which has given a low-tempo forecast for 2020 trading.

Competitors such as ABB (NYSE: ABB), General Electric (NYSE: GE) and ArcelorMittal (NYSE: MT) have all issued statements to shareholders about the worries of future trading prospects.

During the quarter, the company benefitted from demand at its smart infrastructure business, which makes products to automate buildings, and Siemens Healthineers (ETR: SHL) , the medical equipment maker where Siemens retains an 85% stake.

CEO Kaeser said customer confidence was being hit by political and economic uncertainties, such as the U.S.-China trade war and Britain’s relationship with the European Union.

“Machine-building production in the most important export nations – Germany, Japan, China and the U.S. is a widely followed parameter for the global economy. The best case scenario for 2020 assumes a certain degree of stabilization,” he said.

During its 2020 financial year, Siemens expects total revenue growth of 3-5%.