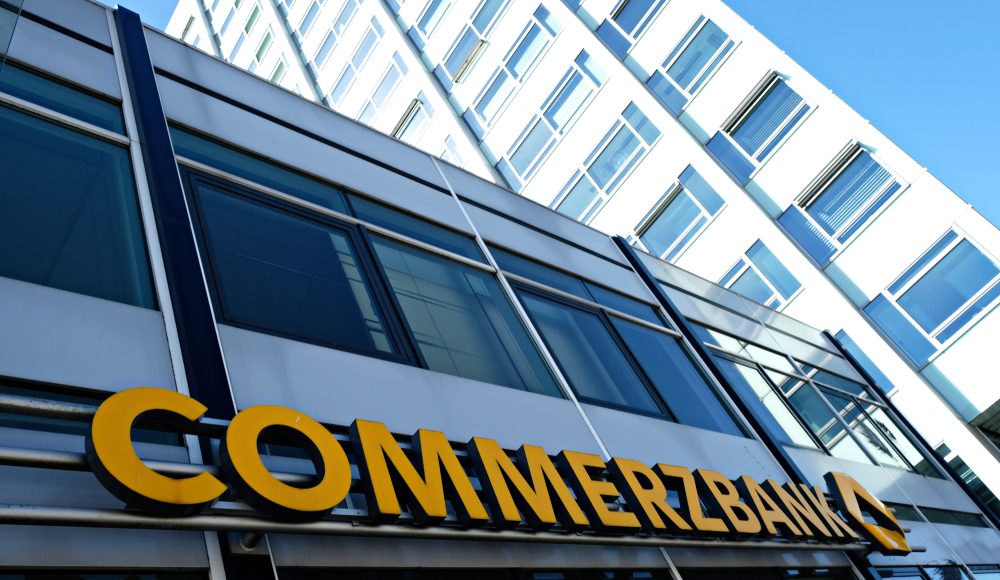 Commerzbank AG (ETR: CBK) have issued a statement to shareholders warning them off expected lower revenues due to a weaker economic backdrop and Brexit uncertainty.

Despite a positive third quarter update, where the German bank reported a 35% surge in its third-quarter net profit, the bank seemed pessimistic about the next trading year.

“Consolidated net income for the 2019 financial year is expected to be lower than in the previous year,” the bank said.

In May, Commerzbank saw their profits collapse due to failed merger negotiations with Deutsche Bank (ETR: DBK), but seem to have made ground since the mid year crisis.

The global banking sector has seen sinking profits for many firms, and the collapsed merger with Deutsche Bank may come as a blessing with the ongoing crisis that is causing loses.

The German bank also cited trade conflicts and expectations for a higher tax rate in the fourth quarter for the profit downgrade.

Commerzbank, part owned by the German government after a bailout, has been struggling for years with a legacy of bad debts, high costs and fines, and tough trading conditions have hampered its recovery efforts.

Net profit in the third quarter amounted to €294 million (£253 million), up from €218 million last year, in line with expectations published last year.

Commerzbank have published impressive third quarter figures, despite the crisis which occurred with Deutsche Bank. Ground does seem to be made, but seniority do not seem optimistic about the future outlook.

With the global banking scene slumping, Commerzbank may have to be patient and wait the struggles out before forecasting revenue and profit gains for its shareholders.