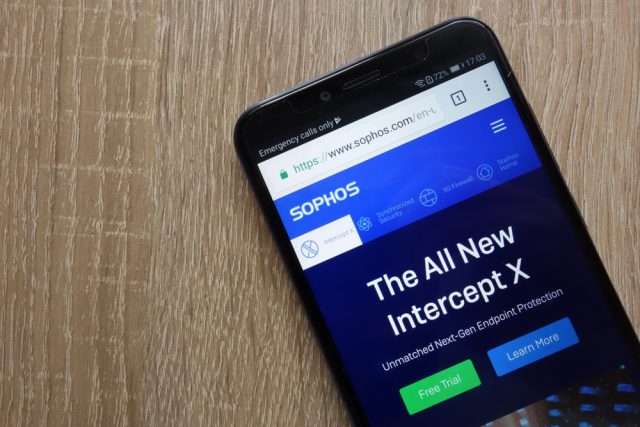 Profits and expanded customer base

The company reported impressive expansion of their customer base, finishing the year with 335,000 term customers, which represents an increase in excess of 35,000 new term customers over the course of the year.

This growing client base supported growth in revenues, which led the pre-tax profit growth. The company finished the year up $54 million, up $95 million from their $41 million from the previous year. Additionally, the 15.9% increase in subscription revenue pushed total group revenue up 11.2% to $711 million.

“FY19 was a challenging year, primarily due to a difficult compare. However, we are pleased with the strategic progress we made during the year as we drive Sophos’ transition to be a market leader in next-generation cybersecurity,” the company said.

“The demand environment for cybersecurity solutions continues to be robust, and we are confident that we are well positioned competitively, especially as more organisations move to adopt next-generation cybersecurity offerings,” CEO Kris Hagerman added.

“We believe the drivers are in place for continued future revenue growth, principally driven by growth in our subscription business, especially in our next-generation products. We also expect a return to operating profit margin leverage, following a reduction in the current year as the one-off benefit seen in FY19 from reduced variable performance-related pay unwinds,” he added.

The company’s shares have rallied 13.94% or 47.4p since trading began on Thursday morning, with shares currently trading at 387.5p. UBS and Shore Capital analysts are in consensus on their ‘Buy’ stance regarding Sophos stock, while Liberum Capital reiterated their ‘Hold’ rating.