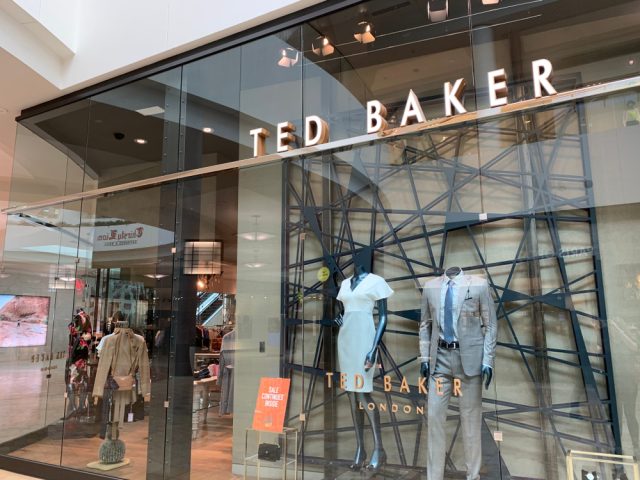 For the year ended 26 January, the British fashion retailer reported a £50.9 million profit before tax figure. This is a 26.1% drop compared to the £68.8 million a year prior.

The group’s results occur against a backdrop of warnings and complaints by retailers of the difficult trading conditions that have hit the high street. The decrease in pre-tax profits is its first decline since the financial crisis.

Founded in 1988, the FTSE 250 company has roughly 500 stores and concessions across the world.

Headquartered in London, the retailer also announced a 4.4% increase in group revenue to £617.4 million. Retail sales, including e-commerce, were up 4.2% to £461 million.

“Ted Baker has continued to grow across each of the brand’s distribution channels despite difficult trading conditions across a number of the Group’s global markets. This resilient sales performance again reflects the strength of the brand, the talent of our teams, and the quality of our collections,” acting Chief Executive Officer Lindsay Page commented.

Lindsay Page took on the role following the resignation of the group’s Chief Executive and founder, Ray Kelvin. His resignation occurred amid a continued investigation into allegations of personal misconduct, though he has denied all allegations made against him.

Ted Baker also outlined its Brexit contingency plans which hope to assist in minimising any disruptions caused by the UK’s departure from the European Union.

“A number of indirect risks remain which are beyond our control and the resulting risk that they pose is highly reliant on the preparedness of national authorities and other businesses,” the company said.

It said that a no-deal Brexit will have the greatest impact on its business.

“In preparation for a no deal withdrawal, the Group appointed a Brexit working group to work with external advisors to ascertain the likely impacts of such withdrawal on the business,” it said.

Ted Baker emphasized that though a number of strategies and contingency plans have been developed, there are prevailing risks that remain outside of the group’s control.