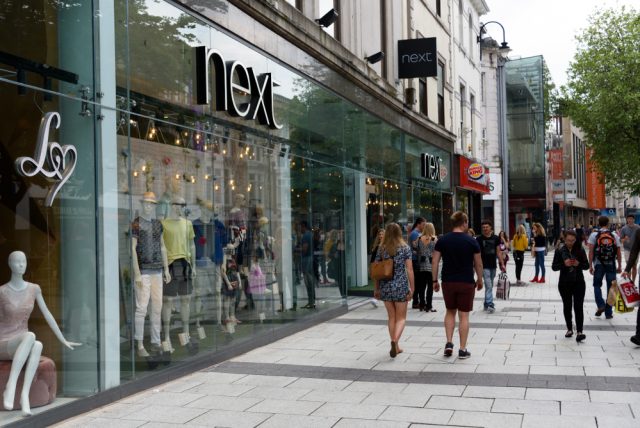 Next (LON:NXT) posted a 0.4% decrease in annual profits on Thursday in its results for the year ending in January. The company predicts another decline for the following year as in store sales continue to decrease.

Though this aligns with the company’s guidance, it is a third straight decline for the British clothing chain.

The group also announced that 53% of its sales were now online.

Footfall across the high street was particularly low during one of the most anticipated shopping days of the year – Boxing Day. Experts said that the average footfall across the UK dropped by 3.1% despite retailers offering generous discounts on their products. The disappointing turnout reflects the broader sector-wide crisis that hit retailers in 2018.

For the year ahead, Next has forecasted sales to be up by 1.7%. It is expecting an 8.5% decline in retail sales and an 11% increase in sales made online.

“Although we anticipate that our total sales will grow in the year ahead, we are forecasting for profits to marginally decline,” the company said in its results.

“We have talked before about the structural costs involved in business moving from Retail to Online.  The problem is that, in the short term, many of our Retail costs (such as rent) remain fixed but increasing business Online generates additional variable costs required to handle more deliveries and warehouse work,” it continued.

The company predicted a 1.1% decrease in pre-tax profits, down to £715 million.

Bonmarche (LON:BON) also made headlines this week as it issued its third profit warning in the past six months.