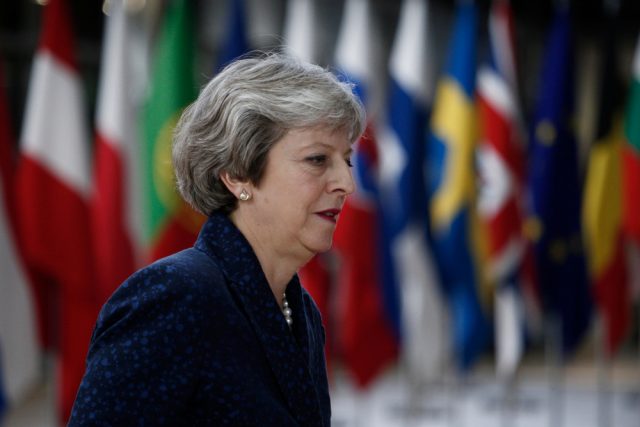 The pound has fallen 0.5% as Theresa May appeared in front of the Commons Liaison Committee.

Defending her Brexit deal, the pound fell to a weekly low against the euro on Thursday when the prime minister warned that rejecting the agreement could lead to a no-deal scenario.

“The timetable is such that actually some people would need to take some practical steps in relation to no deal if the parliament were to vote down the deal on the 11th of December,” she said.

MPs will vote on the deal on 11 December, where many have voiced plans to reject the proposed deal.

This week, Brexit analyses from Philip Hammond and the Bank of England have suggested that a no-deal scenario will be the worst option for the UK.

The Bank of England warned that a no-deal scenario could lead to a recession worse than the 2008 financial crisis.

“Taken together the scenarios highlight that the impact of Brexit will depend on the direction, magnitude and speed of the effect of reduced openness of the UK economy,” said Bank of England governor Mark Carney.

“It took a bit of time, but the pound now seems back to focusing on Brexit, the Bank of England’s alarming – and controversial – warnings about the state of the UK economy once it is out of the EU erasing Wednesday’s Jerome Powell-inspired growth.”

“Against the dollar the pound fell 0.6%, returning cable to $1.276 having struck $1.285 earlier in the session; against the euro, meanwhile, sterling sank 0.4%, slipping back under €1.124 for the first time in a week. Mark Carney’s constant warnings that businesses aren’t ready for Brexit, and a lack of confidence gained from Theresa May’s appearance in front of the Commons Liaison Committee, appear to be responsible for tipping the currency back into the red.”

“The pound’s losses made an already good session even better for the FTSE, with the index up more than half a percent and knocking on the door of 7050, begging to be let back in. Its gains could have been greater if it weren’t for Brent Crude; the black stuff is down another 1.4% and sitting the wrong side of $58 per barrel, a move that caused BP to shed 0.6% as the day went on,” he added.