Home Politics Theresa May steps down as Tory leader 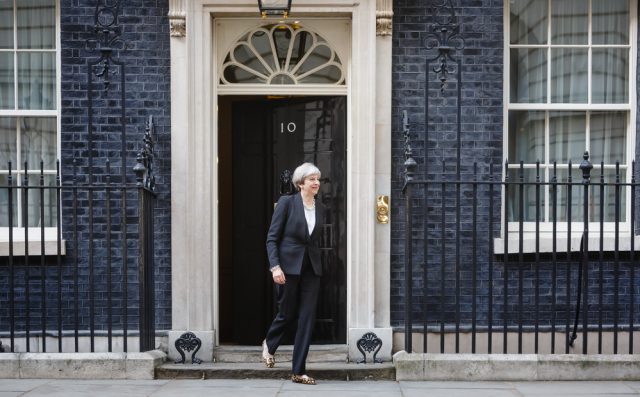 Theresa May stepped down as leader of the Conservative party on Friday, clearing the way for her successor.

Theresa May will continue on as Prime Minister until a new leader has been chosen by the party in July.

She announced her resignation two weeks ago after eventually bowing to intense pressure from party faithfuls and Tory MPs.

Dissent within the party and amongst the public had been bubbling for months, particularly as May was seen as failing on her promise to deliver Brexit.

This was despite famously having touted the line ‘Brexit means Brexit’ throughout the course of her premiership.

Ultimately, May failed to secure enough support for her withdrawal bill in the commons, a deal MPs voted down three times, one of which proved a historic defeat for any British government.

She was also often condemned for her campaigning and leadership style, which many labelled ‘robotic’.

The Conservative’s failed to secure a majority in the 2017 election, with many attributing the poor electoral performance to the lacklustre campaigning skills of the Prime Minister.

Lacking a majority in parliament only further weakened the authority of the PM, as she became increasingly garner enough support to pass crucial Brexit legislation in parliament.

Given that Brexit has come to define her premiership, this has proved a significant failure and has meant that dampened May’s hopes in securing a political legacy.

As it stands, the frontrunner in the Conservative leadership race is former foreign secretary, Boris Johnson, who also was the Mayor of London.

Find out about some of the tory leadership hopefuls here.