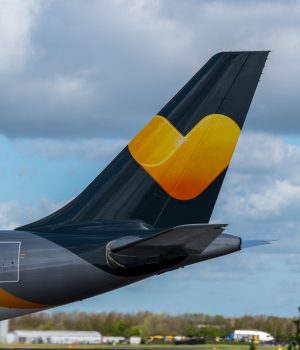 On Monday, shares in the group were down more than 18% and have tumbled almost 70% since last week.

The airline and travel agent has downgraded profit forecasts twice in two months, blaming the heatwave for affecting bookings over summer.

“2018 was a disappointing year for Thomas Cook, despite achieving some important milestones in our strategy for transforming the business,” said the group’s chief executive Peter Fankhauser last week.

“After a good start to the year, we experienced a larger-than-anticipated decline in gross margin following the prolonged period of hot weather in our key summer trading period,” he added.

“Our final result is expected to be around £30 million lower than previously guided, due to a number of legacy and non-recurring charges to underlying EBIT. Within this, profit in our tour operating business fell £88 million as the sustained heatwave restricted our ability to achieve the planned margins in the last quarter.”

Full-year profit expectations were down by £30 million. Earnings to the end of September will be £250 million. Sales of holidays to its own-brand hotels increased by 15%.