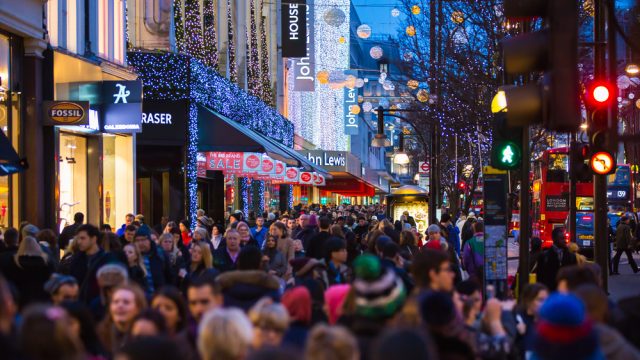 UK retail sales in April remained flat on March, according to the latest figures from the Office For National Statistics (ONS).

Retail sales rose by 1.8% in the three months to April, largely driven by a strong quarter for online sales.

Despite remaining unchanged from March, the figures proved ahead of economists expectations of a 0.3% decline.

Conversely, sales at department retail stores fell by 0.5%, alongside a further 2.9% decline in household goods sales during their period.

Overall however, alongside strong demand online, sales were boosted by warmer weather, particularly for clothing.

The figures suggest that the UK economy is coping better with Brexit related uncertainty than anticipated.

Nevertheless, it has proved a challenging few years for the UK high street, with a record number of stores closing in 2018.

Retailers have been struggling with a host of troubles including rising rents, currency movements and lower footfall.

Earlier this week, Marks and Spencer’s (LON:MKS) announced the closure of an additional 110 stores, as it looks to transform its business in an era of weaker consumer confidence.

Head of retail sales at the ONS, Rhian Murphy, commented on the figures: “Retail growth was strong in the three months to April with a record quarter for the online sector, driven mainly by clothing purchases, with warmer weather boosting sales.”

However, it’s not just retailers that prioritise the traditional brick and mortar model that are feeling the pressure.

Whilst online retailers such as Amazon (NASDAQ:AMZN) go from strength to strength, others such as ASOS (LON:ASC) have still seen profits take a hit in recent quarters.

Raj Badarinath, Vice President of RichRelevance, attributed these difficulties to issues such as the digital tax proposed in the UK, alongside changing privacy legislation in Europe.

“A 2% tax rate sales made by ‘large digital companies’ would affect income in that it taxes all revenue, and not just profits. If this does indeed go ahead in April 2020, companies such as Amazon and eBay will need to rethink the way they sell.”

He continued: “In addition, GDPR affects all companies with respect to customer acquisition due to data privacy issues”.