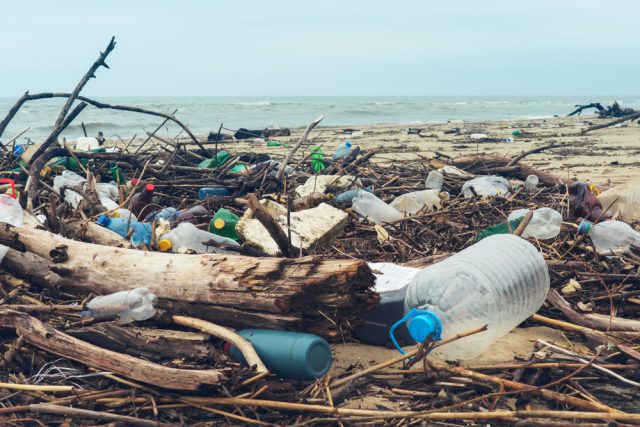 The UK government should introduce a tax on ‘virgin packaging’ to further kickstart recycling efforts against the use of single-use plastics, a new report has recommended.

The study, which was commissioned by The WWF and the Resource Association and produced by Eunomia, recommended that the tax be introduced to combat our reliance upon single-use plastics.

It recommended the introduction of a “new materials levy” against companies using plastic packaging, as well as a rebate for firms that recycled these materials.

The latest recommendations from the WWF-Eunomia report was presented to MP’s on Tuesday evening.

Dr Lyndsey Dodd, head of marine policy at WWF UK, said: “Our oceans are choking on plastic, 90% of the world’s sea birds have fragments of plastic in their stomach. Despite the public outcry, more products are being made with virgin, or new, plastic than with recycled plastic.

The report follows news that the ‘single-use’ has been named as the word of the year for 2018 by Collins Dictionary, amid increased public awareness about the ongoing plastic crisis facing the environment.

The EU recently ramped up efforts to combat plastic waste, introducing a ban upon single-use plastics. The ban is set to come into action by 2021.

Following suit, the UK is also expected to introduce a similar initiative in the coming years, after the Chancellor announced plans to consult on a potential plastic tax to be implemented in the future.

The proposed single-use tax however, is not to set to come into force until 2020, a year later than the EU initiative.

The UK has been comparatively slow to adopt greener policies, despite once being renowned as a world leader in wind power generation.

Click here for a breakdown of some of the countries leading the green, renewables revolution.