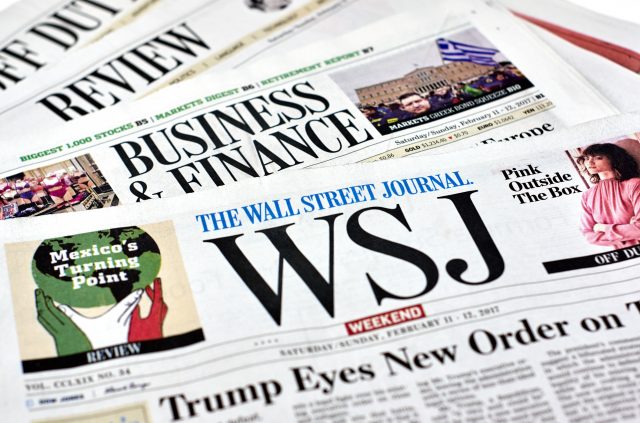 Investors spent most of the Tuesday session fretting about the absence of any phase one movement towards a trade agreement between the US and China. However, their worries were somewhat – though not completely – tempered by a report from the Wall Street Journal, which said that both sides were attempting to build foundations to push back the next wave of tariff attacks forecast for Sunday, which would give them more time to wiggle their way towards some common ground (beyond a common desire to reach common ground).

“A report in the Wall Street Journal helped ease the markets’ trade concerns on Tuesday, though it wasn’t enough to completely erase the session’s losses.”

“Investors spent much of the day fretting about the fact the week is yet to see any tangible ‘phase one’ progress between the US and China, despite the former readying itself to impose tariffs on another $156 billion in the latter’s goods.”

“Well, the WSJ says hold your horses. The venerated financial outlet claims that Beijing and Washington are laying the groundwork to delay Sunday’s tariff attack, giving both nations more time to haggle over their respective red lines. That’d be rolling back existing tariffs for China, and the mass purchasing of American farm products for the US.”

“Though it is not the agreement the markets are so desperate for, a can-kick is better than nothing. Even if it does come with the knowledge that we have been here before, and it has only ever ended with the eventual imposition of the delayed tariffs.”

“The FTSE, which at one point had plunged below 7140, managed to clamber back across 7200 as it cut its losses to 0.3%. And while the DAX was still down half a percent, it is still 200 points off its intraday lows. As for the Dow Jones, the WSJ report allowed it to open relatively flat, just under 27900.”

“Unsurprisingly the pound wasn’t much interested in the UK’s latest GDP reading, even if it showed that the country’s has stagnated once again. Instead the currency added 0.2% against the dollar and 0.1% against the euro, quietly confident about the chances of a Tory victory on Thursday.”