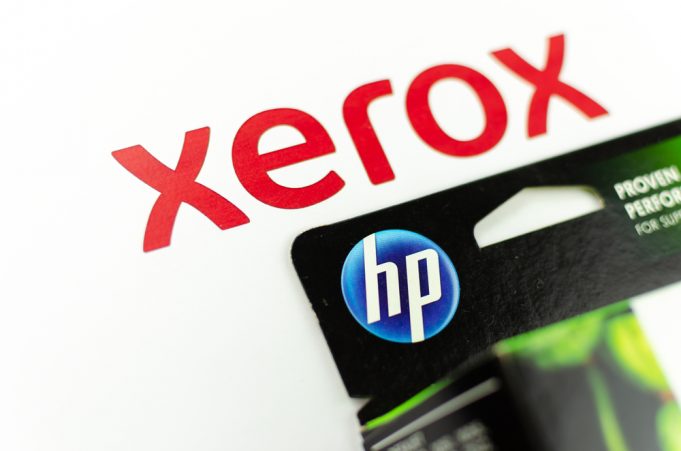 HP Inc (NYSE: HPQ) have said that they are considering a potential move with rival Xerox Corp (NYSE: HPQ) after an initial bid was rejected a few weeks prior.

After it was reported that a $33.5 billion cash and stock acquisition offer from Xerox was rejected, HP have seen to be more open to the move.The original offer put in seemed to significantly undervalue HP, but Xerox have looked to revive their interest.

This comes at no surprise after it was reported that Xerox had sold its 25% stake in Fuji Xerox, its partner firm with Fujifilm Holdings Corp (TYO: 4901).

“With substantive engagement from Xerox management and access to diligence information on Xerox, we believe that we can quickly evaluate the merits of a potential transaction,” HP said in its statement.

Xerox are yet to comment on the situation, but it does add pressure onto Xerox to submit a higher bid for HP to finalize a deal which would give Xerox a wider market presence.

HP on Sunday published Xerox CEO John Visentin’s Nov. 5 offer letter to HP, in which he stated that his company was “prepared to devote all necessary resources to finalise our due diligence on an accelerated basis.

Xerox offered HP shareholders $22 per share, including 0.137 Xerox shares for each HP share according to Visentin’s letter.This would have resulted in HP shareholders owning 48% of the combined company.

Xerox scrapped its $6.1 billion deal to merge with Fujifilm last year under pressure from Icahn and Deason.

HP was once a pinnacle of American technology, but the rise of smart technology and the power of firms such as Apple (NASDAQ: AAPL) and Samsung (KRX: 005930) have taken business from HP.

It seems that the proposed move from Xerox will allow HP to reinvent their brand in an increasingly competitive market, where HP have seen falling sales in their laptops and computer hardware.

Whether the move is finalized is yet to be seen but where HP seemed initially reluctant, the benefits are apparent and HP should take the chance when they can.