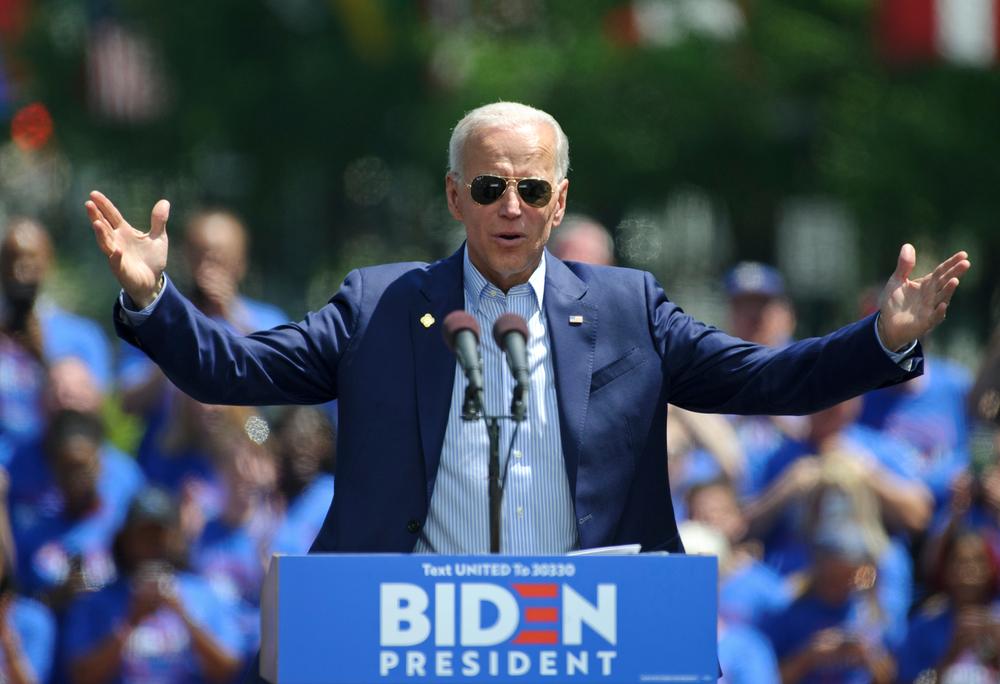 Between Donald Trump’s handling of the COVID pandemic, protests and ongoing investigations into his potential involvements in several scandals, the US president has certainly seen his stock fall in the last couple of months. While most of his cards will rest upon his ability to inspire a quick economic bounce-back from the virus, most polling outlets and pundits currently peg Joe Biden as the favourite to become the next US president in November. Should the blue wave prediction come to fruition, what should investors do about it?

How likely is a Biden presidency?

In a recent report, financial services and research company StoneX sought to answer questions about the likelihood of a Democrat victory, and what investors should do if such as scenario were to play out.

Data science company Ravenpack have given Biden a generous lead in their predictions, beating Trump with an estimated 308 votes to 230, and a 90% chance of victory. Meanwhile, and likely more in line with consensus predictions, StoneX said betting odds were consistent with a 60/40 likelihood of the Democrat candidate winning the presidency, which follows his 10 point lead in the RealClearPolitics poll average.

In the House of Representatives, the company report that there is an 85% that the Democrats will retain their majority; they added that these odds have never fallen below 50% and that they ‘would not consider’ the hypothesis that the Republicans take control of the House in November.

Further, and more interestingly, perhaps, StoneX report that current odds imply a 63% chance that the Democrats will win a majority in the senate. Should these three predictions come to pass, this would invoke what has been dubbed the ‘blue wave’, and ultimately sweeping control of all forces of law-making and review outside of the Supreme Court.

However, we ought to note the very real possibility of a Republican comeback in polling for the senate, with the party’s odds of winning a majority standing at over 70% consistently until February.

Further, and crucially – in my view – we can never underestimate the Trump brand of politics. After being largely written off by bookies in 2016, he secured a narrow win. Also, regardless of what we might make of him as an individual, his US-first approach to international trade, diplomacy and military intervention has really struck a chord with lots of disgruntled Americans, and I don’t think this sentiment has dissipated over the last four years. Two other factors, while more minor, may also help his cause: while his response to the BLM protests may have polarised opinion, some fence-sitters may actually prefer his hard-line approach. Also, though likely a small number, there is a chance that out of either defiance of his less progressive tone, or protest against Sanders’s defeat, some of the more extreme left-wing voters may opt not to vote for Biden.

What do Democrat victories do to shares?

The real possibility of a changing tide in polling aside, for the sake of StoneX’s report, we’ll imagine that the Biden blue wave comes to fruition, and according to the current analysis, this is the most likely combination of outcomes. So what does this mean?

Well, it is important to note that ‘blue waves’ tend to display two key characteristics for investors. First, they tend to be good for shareholders (largely due to the second characteristic). Second, they tend to follow major economic calamities, such as the Great Depression or the 2008 Financial Crash, and therefore tend to oversee the recovery period.

As stated in the StoneX report:

“Looking at the average of the past six “blue waves”, stocks have tended to fall by 10 percentage points in the five months preceding the swearing in of a new Democratic President. This would suggest that the market should peak in August and experience a double-digit correction in the fall, which is conveniently consistent with the normal seasonal pattern of U.S. equity indices.”

“Biden’s tax plans would also support the forecast of a double-digit decline in stocks as investors start pricing in the impact of tax increases on corporate earnings. The Biden campaign has proposed about $3.4 trillion in tax increases to fund infrastructure, climate investments, education, and healthcare.”

Now of course there is a notable difference between tax rates and actual tax paid. For instance, regardless of Donald Trump’s change of corporation tax from 16% to 10%, the average tax actually paid by S&P 500 companies in the US was consistently between 3-4%. So the initial pricing in of a Democrat presidency would be reflected in shares, even if the actual effects aren’t felt by company earnings.

How to splash the green in a sea of blue

With these facts in mind, here are a few of the trends to anticipate in a Biden presidency.

First, there’ll be greater scrutiny on how companies spend their money. While the presidential hopeful called on companies in a Twitter post not to commence buy-back plans within the next year, actively placing restrictions on buy-backs across the board will likely not be a priority for a new Democrat administration. What might have an impact, though, is greater scrutiny of companies receiving Fed financial aid and emergency loans, which may include restrictions on buy-backs.

This may not adversely affect big hitters such as tech giants, however sectors such as healthcare, financials and industrials may feel the squeeze of some constraints. These sectors have all relied on government hand-outs to survive the COVID pandemic, and between them having made up 44% of all buy-backs within the last two years, StoneX predicts “a suspension of repurchases would lead to a significant reduction in the demand for stocks”.

Secondly, and much like Trump, Biden’s seeming disregard for the deficit will likely contribute to inflationary pressure. While the Fed’s gung ho attitude to spending in April might lead to inflationary pressures in the long run, the short-term behaviour change of individuals was to save rather than spend money. Should Biden implement his $15 per hour Federal Minimum Wage policy and enhanced unemployment benefits, as well as offering an exact timeline for these policies to come about, StoneX state he could release a lot of ‘pent-up demand’. This, in combination with his currently uncosted $700bn ‘Buy American’ campaign, would likely put strong upward pressure on inflation.

Thirdly, we could see a replay of the 2008-2010 trends, with gold and commodities soaring and emerging markets outperforming. With Biden being open about his ambitions for less isolationist policy (trying to join the TTP Treaty and rolling back tariffs on China) alongside income growth, widening deficits, tax increases and high inflation creating a weaker dollar, international and emerging economies would be less burdened by their USD-denominated liabilities, and would have a huge market once again open for trading.

Fourth, out-of-network private hospital services, big pharma and insurers are likely to take a hit. Between lowering the eligibility age for Medicare – from 65 to 60 – and banning insidious “surprise billing” practices (when someone checks into an in-network and is then transferred to out-of-network services and charged extortionately), hospital providers will incur higher costs and take in less money. Also, more cost controls and transparent pricing measures – including limits of price increases, banning ‘abusive pricing’ on generic drugs and repealing the law which bans Medicare from negotiating drug prices with suppliers – would hit Big Pharma shares. Finally, introducing a subsidised public care and insurance service, alongside restrictions on insurers’ ability to increase premiums, will have negative implications for US health and care insurer stocks.

As stated in the StoneX report:

“The main investment implications are already playing out: international healthcare stocks, which are less exposed to U.S. regulatory risk, have outperformed as the probability of a November blue-wave has risen.”

Fifth, and finally, clean energy and home-building stocks can expect to have their day in the sun. Trying to keep a firm grip on the next generation of progressive voters, Biden has promised to “invest $640 billion over 10 years so every American has access to housing that is affordable, stable, safe and healthy, accessible, energy efficient and resilient, and located near good schools and with a reasonable commute to their jobs”. Regardless of the actuality of these promises, we can expect, at least to some extent, that renewables and construction stocks will see a resurgence under a Democrat clean sweep.

In conclusion, if you believe the Biden blue wave hype, look to inflation-sensitive assets, emerging markets, house-builders and clean energy as money-makers, and short health and care insurers and big pharma!