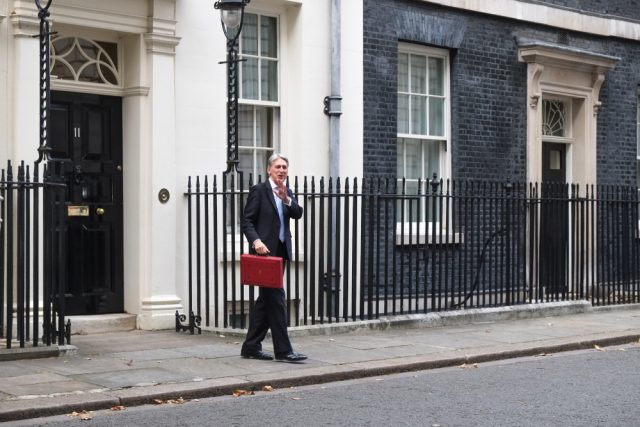 In a blow to Prime Minister Theresa May, MPs voted down the prime minister’s deal by 149, a sight improvement from the initial vote back in January.

MPs will next get to vote on whether the UK will depart the EU without a deal.

The PM has said that her Conservative MPs will get to vote freely, without the imposing of a whip.

However, despite Brexit dominating the headlines and Westminster for the past week, the Chancellor presented his highly anticipated Spring Statement to Parliament today, detailing a series of measures.

I’m on my way to Parliament to deliver the #SpringStatement – the government’s response to the forecast from @OBR_UK. I’ll be setting out how we’ll invest in infrastructure, technology, housing, skills, & green energy, to capitalise on the post-Brexit opportunities ahead. pic.twitter.com/bnrwfDBmQl

Here are some of the key points to take away from today’s Spring Statement:

The chancellor said that the UK economy continued to grow, with nine consecutive years of growth and growth forecast for the next five years.

Nevertheless, Hammond warned that the economy is set to grow at the slowest pace since 2009, back at the height of the financial crisis.

In addition, Hammond said that wages continued to grow faster than inflation.

Another key focus in the Spring Statement was developing the nation’s tech industry.

Nevertheless, the chancellor acknowledged the need to challenge the dominance of tech giants in the UK, particularly following the Furman review, an independent study into competition in the digital economy.

Hammond said: “The UK will remain a great place to do digital business… …but it will be a place where successful global tech giants pay their fair share… …where competition policy works in consumers’ interests… …and where the public are protected from online harms,”

Hammond said he has accordingly asked the Competition and Markets Authority (CMA) to conduct a market study into digital advertising as soon as possible.

Hammond also announced the investment of £81 million in Extreme Photonics (state-of-the-art laser technology) at the UK’s cutting-edge facility in Oxfordshire. Alongside this, he announced the setting aside of £45 million for Bioinformatics research in Cambridge as well as £79 million of funding for a new supercomputer in Edinburgh.

Despite ongoing uncertainty regarding Brexit, the chancellor flagged keeping the UK open to visitors as a key priority.

As a result, the chancellor announced that from June of this year, citizens of the US, Canada, New Zealand, Australia, Japan, Singapore and South Korea will be permitted to use e-gates airports and at the Eurostar terminals, alongside the ending of the use of landing cards.

The chancellor said this will minimise airport queues and make the UK a more attractive location for business.

Another key focus for this year’s Spring Statement proved the environment.

Alongside encouraging smaller businesses to reduce their emissions, the chancellor said it was looking into how to ensure wildlife would be suitably protected when delivering necessary infrastructure and housing.

Among other environmentally-friendly measures, Hammond said the government would be introducing a ‘Future Homes Standard by 2025’, which will ensure that new new build homes have low low carbon heating and are energy efficient.

A key measure announced was the provision of free sanitary products in secondary schools to tackle poverty.

He announced that through the Affordable Homes Guarantee Scheme, the government will set permit up to £3 billion of borrowing by housing associations to ensure delivery of approximately 30,000 affordable homes.