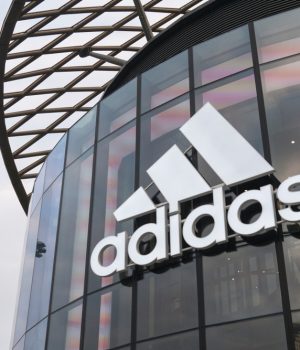 Adidas AG (ETR: ADS) have announced that they will close their German and US robot factories in an update delivered on Monday by the sportswear and footwear giant.

Adidas notified shareholders that the closure was to allow production to be closer to customers, saying on Monday deploying some of the technology in Asia would be “more economic and flexible”.

The robot initiative launched by Adidas formed part of a plan to fulfill demand for faster delivery of new styles to its major markets and to counter rising wages in Asia and higher shipping costs.

It originally planned a global network of similar factories, however operations have been ceased following decisions made by seniority.

Martin Shankland, Adidas head of global operations, said the factories had helped the company improve its expertise in innovative manufacturing, but applying what it had learnt with its suppliers would be “more flexible and economic”.

Adidas has shifted most of its production from Europe to Asia and now relies on more than 1 million workers in contract factories, particularly in China and Vietnam, where low labour costs have been exploited.

Adidas announced that all operations at the robot factories would be ceased by April 2020.

In a time where competitors such as Nike (NYSE: NKE) and JD Sports (LON: JD) have seen a boost in profits and business performance, Adidas will be looking to streamline costs and boost competitiveness.

Additionally, big time competitor Sports Direct (LON: SPD) have been involved in a conflict with the CMA but have still recorded quarterly gains across financial 2019.

Adidas still has technological aspirations. Today, the company said it would further concentrate its resources on “modernizing its other suppliers” and, with Oechsler’s assistance, continue to explore “4D technology,” a 3D-printed midsole that has been used on sneakers such as the Futurecraft 4D and Alphaedge 4D.

“Whilst we understand adidas’ reasons for discontinuing Speedfactory production at Oechsler, we regret this decision,” Dr. Claudius M. Kozlik, chief executive of Oechsler admitted today. “At the same time, we look forward to continuing our close and trusting cooperation with adidas in the area of 4D sole printing.”