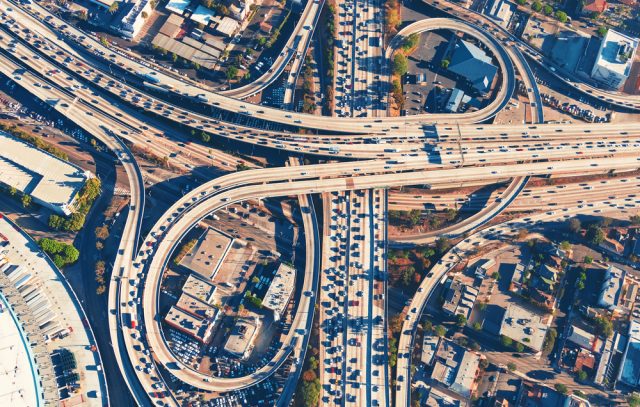 Pioneer and tycoon Elon Musk has unveiled a new tunnel designed and built by The Boring Company, to tackle the landmark Los Angeles trope – the traffic.

Founded in 2016, The Boring Company was created with the sole purpose of revolutionising the way we do road transport, with Elon’s vision being to implement this system of underground road arteries in cities around the world.

Mr Musk has stated, “I am actually going to do this. Defeating traffic is the ultimate boss battle.”

“It’s not like you’re going through a whole series of stops. Nope, the main arteries will be going super fast, and it’s only when you want to get off the loop system that you slow down.”

Elon has said that after considering a skate-style format, he settled on the concept of fitting the cars with specially designed wheels that would pop out perpendicular to a car’s regular tyres and mount the track. The price is expected to stand at $200-300 per car.

From concept to reality

After securing permission to build the tunnels in June, the Tesla (NASDAQ:TSLA) founder has gone on to build a trial ‘loop’ system underneath Los Angeles, which he said would – with time – act more as an underground highway network than a subway, with exit points being distributed throughout the network of tunnels.

Since June, the O’Leary Station has been built and within the last day, the first public tests were carried out. A wall-less lowered the electric vehicle thirty feet below surface level, with a Tesla Model S being driven at 40mph through the tunnels, though Elon later said that the vehicle would be capable of travelling at 150mph through the subterranean road. Mr Musk described the first trial as,

“For me it was a eureka moment. I was like, ‘This thing is going to damn well work’.”

Musk later noted that there were a few rough edges, with the speed of his paving machine not keeping pace with the ambitious man’s best-laid plans.

However, he vowed that going forward, the future systems would be “smooth as glass” and that, “This is just a prototype, that’s why it’s a little rough around the edges”.

To bolster the merits of his next big project, Mr Musk then pointed out that the tunnels would be the ‘safest’ place to be during earthquakes.

He then went on to refute claims that the construction of the tunnels would be at all disruptive,

“The footsteps of someone walking past your house will be more noticeable than a tunnel being dug under your house.”

Whether just another quaint idea or a vision for the future, history will remember Elon Musk as either an egotist or a genius.