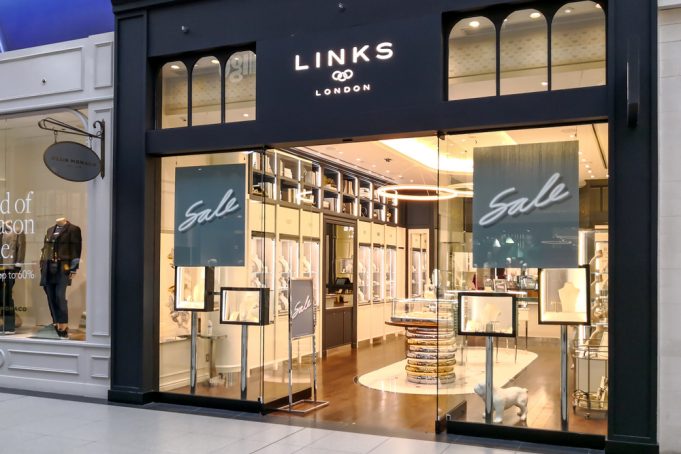 As British jewelry manufacturer Links of London went into administration last week, the events that unfolded led to 38 head office jobs cut, one of the reasons was the tough economic climate.

Administrator Deloitte have commented that no jobs have been cuts from stores, as it handles the British firms finances.

The British retailer, owned by Folli Follie has 28 stores across the UK and Ireland and has a strong presence in London.

It currently employs 350 people across the UK and Ireland, but as the company descends into collapse, many of these jobs are looking to be cut.

Smith had commented earlier in the administration process that directors were looking for alternate solutions, including a company voluntary agreement, refinancing but no deal was put to paper.

The British retailer entered administration on the 7th October and since then has been unable to process online sales.

As a result consumers were redirected towards stores where purchases are still being completed.

It was reported that Mike Ashley’s Sports Direct (LON: SPD) was among two final bidders for the chain which trades from 28 stores and seven concessions.

Links had reported losses up to £10 million whilst sales only just reached £20 million.

Links of London follow established brands such as Toys R Us and Maplin to call for a CVA, and the future of high street retail looks tougher and tougher, this is driven by changing consumer habits following a large increase in online sales.