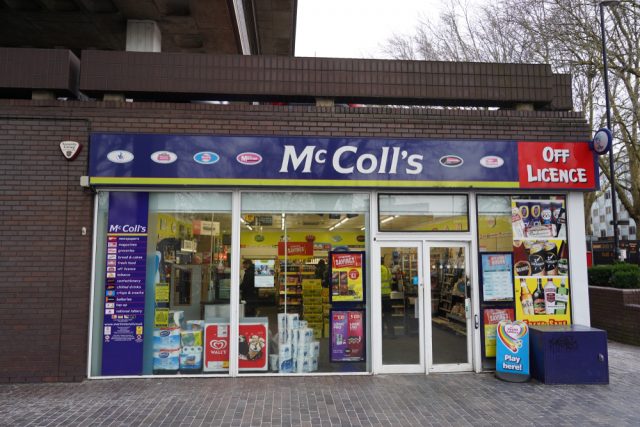 McColls Retail Group is a British convenience shop and newsagent operator, trading under the trading names McColls, Martins and RS McColl for shops in Scotland. McColl’s also operates post offices in one third of the estate, making them the largest post office operator in the United Kingdom.

The firm has seen a modest time of trading in 2019, as it saw its profit take a tumble back in February.

Pre-tax profit for the period decreased to £7.9 million, more than half of the £18.4 million figure from the year prior. Total revenue was up 8.1% to £1.24 billion. The company has said that this reflects the annualisation of an acquisition in 2017.

McColl’s has guided for adjusted earnings before interest, taxes, depreciation, and amortisation for the 52 weeks to November 24 of £32 million, “marginally” below expectations. It blamed this on softer second-half conditions due to unseasonable weather and dampened UK consumer confidence.

Annual revenue declined 1.9% mainly due to store sales, as like-for-like sales flat after a 1.4% fall in the prior year.

“While 2019 has been another challenging year for the business, we have made good progress against our goals of operational stability and good retail execution. We are also pleased to confirm that we have continued to reduce net debt, with further progress anticipated due to our ongoing capital discipline,” said Chief Executive Jonathan Miller.

“The fundamentals of the convenience channel are strong and we remain a resilient, profitable and cash generative business. We are confident in our plans to rebuild momentum in 2020, and look forward to providing a fuller strategy update at our preliminary results in February.

There seems to be a larger issue on the UK high street which have caused firms to slump and even descend in administration.

This morning, Mothercare posted a wider loss in its half year results. Mothercare said that, for the 28 week period to 12 October, group loss before tax amounted to £21.2 million, deeper than the £18.5 million loss posted the year prior.

The performance of Mothercare coupled with the recent collapse of Thomas Cook  shows that firms are struggling to fight an increasingly tough market.

Even with bigger retailers, firms such as Sainsbury’s who are a FTSE100  listed company saw their profits take a bruising.

The firm said that, for the 28 weeks to 21 September, underlying profit before tax declined by 15% to £238 million, compared to the £279 million figure recorded for the same period the year prior.

Whatever the outcome of the upcoming election, the governing party needs to make an extra effort to rescue the seemingly demise led high street, as many businesses are falling to slumping business, slow trading and lower foot fall.