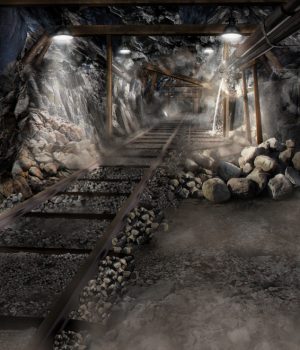 Regency Mines Plc (LON: RGM) have announced the plan to issue a share placing scheme as part of its company overhaul.

Regency Mines plc (“the Company” or “Regency”) is a small cap natural resource exploration and development listed company on the Alternative Investment Market of the London Stock Exchange Ltd  in London.

Regency updated shareholders at the start of July about its Metallurgical coal interest. The firm saw its shares dip more than 5% following an investment of $750,000 on behalf of clients of White November for a 45.02% interest in MET as well as a seat on the board.

Today, Regency have given shareholders an update about the plans to restructure the company including board changes, share placing and share consolidation.

Regency has proposed to raise £831,000 via a placing of 3.02 billion new shares at a price of 0.0275p each. Alongside the placing, an additional 530.0 million shares, representing obligations of £145,785, have been issued to Red Rock Resources PLC (LON: RRR) in “full extinguishment of outstanding obligations”.

The company also said partial conversion of promissory notes will result in the issue of 2.60 billion shares, while holders of £281,113 in outstanding convertible loan notes have agreed to convert these into 1.02 billion shares.

This announcement will mean that the company will have 8.69 billion shares in current issue.

“The directors consider that it is in the best interests of the company’s long-term development as a publicly quoted company to have a smaller number of shares in issue and a higher share price,” the company said.

Following the announcement of changes at the firm, shareholders seem to have been kept on their toes.

James Parsons, proposed Executive Chairman, commented: “The road to a successful carbon transition requires real progress in the exploration and extraction of battery metals and energy storage technology. I see huge opportunity for Regency given its current asset base, particularly supporting the recent rapid growth of Electric Vehicles, and I am delighted to join as Executive Chairman with a view to building the business through a blend of organic development and acquisition.”

Nigel Burton, outgoing Non-Executive Chairman, commented: “These developments are the culmination of a multi-month effort to establish the foundations of growth and value creation for Regency.  We welcome James Parsons joining as part of the restructuring process, and we look forward to a renewed focus on project development under his leadership.”

The mineral and mining sector has been  busy this week, as FTSE100  Fresnillo  saw their shares in red on Monday as the firm cut its 2019 production estimates.