Home Features Rishi Sunak – Boris Johnson’s crown jewel or dagger in the back? 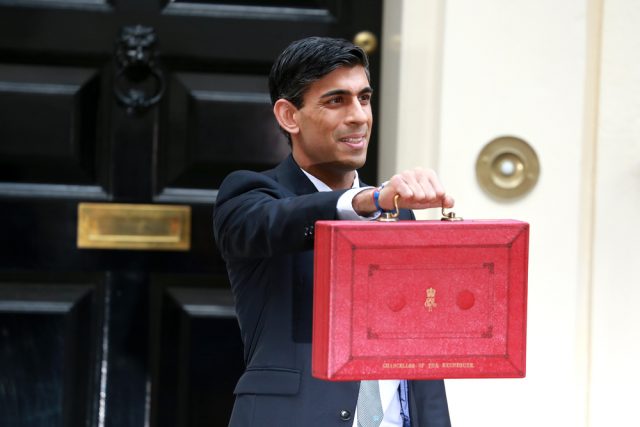 Rishi Sunak, a young and charismatic Chancellor, and one of the few members of the government to see their stock rise during the Coronavirus crisis. But why should we be interested in Mr Sunak, and more importantly, should we get used to seeing him on our TV screens?

After six years in politics, he moved into 11 Downing Street and within a few high-profile appearances, cemented himself as a formidable figure on the political mainstage.

I first noticed Sunak as a member of Boris Johnson’s leadership campaign entourage, and again during subsequent appearances, when the Yorkshire MP seemed to shock those in attendance with a level of composure you wouldn’t expect from a young politician.

Since then – and since taking the second top job in political office – our early interest in Rishi Sunak has been vindicated. After only weeks in office, Sunak delivered one of the most well-received budgets in recent memory, before completely outclassing the prime minister with a convincing performance in his opening Coronavirus address.

So, a talented orator he may be, but does this mean he is necessarily a threat to Boris Johnson? Initially, no. Prior to the challenges posed by Coronavirus, Mr Johnson commanded healthy support, by marrying a clear pro-Brexit message with a fair deal of Jeremy Corbyn’s pro-spending ethos – the careful combination of which made for an intoxicating (and ultimately convincing) aura of hope and nationalist optimism. During these early days of Johnson’s premiership, and even after succeeding Sajid Javid, Sunak resembled a welcome but non-threatening voice of reason to compliment Boris’s light-hearted but empty ‘ramp-up’ and ‘turbo-charge’ rhetoric.

The far-reaching impact of Coronavirus, though, has seen the brakes slam on Johnson’s gusto train. An awkward combination of economic shutdown; a slow trickle of advice from his scientific advisors; cross-examining form Kier Starmer; and a sorry defence of the blatantly careless actions of Dominic Cummings; have all seen the PM’s bravado shrivel down to little more than angry grumbles about BLM protests and tweeting about statues.

In the meantime, Sunak has grown in stature. Having avoided the (fairly tame but persistent) scrutiny suffered by the likes of Mr Johnson, Matt Hancock et al., Sunak’s attempts to provide financial support to workers – and perhaps even more impressive, the additional support he implemented in response to public criticism – have been on the whole well-received. This week, as Ipsos Mori told the story of Kier Starmer gaining ground on Boris Johnson in the opinion polls, it shouldn’t go unnoticed that Sunak seemed to be acting increasingly like a leader in wait. Not only has he made up the majority of plausible leader-like soundbites from the last few months, but his appearance at John Lewis (helping with the preparations for socially distanced shopping), his letter asking local councils to ban bailiffs being used to punish council tax arrears, and his impressive Zoom call with Conservative MPs, have all seen the Chancellor galvanise both public favour and support within the ranks of his party.

What should Sunak do next?

Whether or not you agree with the points I’ve made so far, what most of us should realise is that even if Sunak is not yet a viable leadership candidate, he certainly has the makings of one. Besides, he has just turned forty. If his time hasn’t yet come, he’s a young Chancellor gaining experience in the upper tiers of public office, and will someday, surely, have not only the presence but the acumen necessary to be a successful leader. With this in mind – and plain to many of the pundits looking at Boris’s front bench – Sunak’s mounting reputation for competence will earn him an increasing share of the spotlight.

The dilemma he will now be mulling over is whether to stay the course, or distance himself from the challenges that lay ahead.

On the one hand, despite what opinion polls and his PMQ performances might suggest, Boris Johnson still commands not just a heathy majority, but an impassioned and hopeful working-class core of voters. By effectively harnessing a narrative of national potential, as well as occupying the hard Brexit ground, Johnson has spoken to and galvanised a large chunk of the electorate who felt their concerns had been ignored by both of the main parties for decades. What this could mean, save for Boris maintaining his recent form, is that the Conservative Party is well-positioned for dominance for some time. Rather than derail or undermine the powerful Boris-Cummings-Geist, Sunak may well choose to overlook recent failing and weather the storm. Should the government opt for an energetic and stimulus-heavy exit to the Coronavirus shut-down, Sunak may still get to enact some of the generous spending promises which piqued the interest of listeners across the political spectrum. In this scenario, his time as Chancellor would be defined by high spending (which is ultimately why he was given the job to begin with), and with all things being well, would stand him in good stead for leadership in the future.

The more likely direction of fiscal policy post-lockdown, however, will be a return to retrenchment – spending cuts. This path, the depressing alternative that it is, would see Sunak become the face of the inevitably unglamorous Brexit-Coronavirus economic life support machine. Not only would this go against the brand that he has built for himself so far as Chancellor, but would mean serving under a zealous PM who likely isn’t as cut out for speeches about balancing the books, as he is for those about ambitious projects and big spending. More than anything, though, overseeing cuts would be costly to Sunak’s popularity. While austerity may be understood as necessary by many, I’d challenge anyone to recall the last time they heard someone say they missed seeing George Osbourne’s face in Commons. Now, in Sunak’s case: the switch from his first budget to austerity would be like promising a feast, and then stealing the food from diners’ mouths. I offer this scenario not as a criticism of the Chancellor, but rather as a deflating contrast to the mood after his budget in March.

It’s difficult to imagine what we’d do in Sunak’s situation, without knowing what he (hopefully) does about the government’s economic direction coming out of lockdown and into Brexit proceedings. What I can say is that, so far, the majority of Sunak’s onlookers have been impressed; and compared to most of his cabinet peers, he certainly looks impressive. Whether he stays true to Johnson or not, we can hope he lives up to the hype, and that his potential isn’t tarnished either by the failures of others, or the difficult timing of his arrival in office. 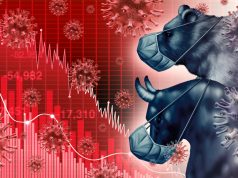