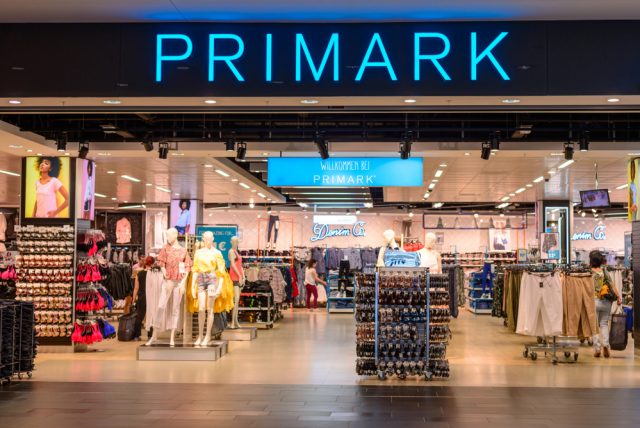 Multinational food processing and retail company Associated British Foods plc (LON: ABF) posted its trading update today, which revealed that the Company were expecting a full-year climb in revenues on the back of Primark profit growth.

While Primark saw a decline in like-for-like sale, the Company’s revenues were up 4% compared to the same period last year. This was due to an increase in selling space, up by over 800,000 square feet, from 14.7 to almost 15.6 million square feet across its 372 UK stores.

For the full year, the Company are expecting good growth in Primark and growth on an underlying basis in its grocery arm.

In its update, the Company stated,

“For the full year we expect good profit growth in Primark and, on an underlying basis, in Grocery. We continue to expect that the full year profit decline in Sugar has been reflected in the first half. Our full year outlook for the group is unchanged, with adjusted earnings per share expected to be in line with last year.”

“Revenue in Grocery for the third quarter was 1% ahead of last year. Operating profit margin for the full year is expected to be ahead with good trading in Twinings Ovaltine, Acetum, AB World Foods, ACH in the US and George Weston Foods.”

“Revenue from continuing businesses at AB Sugar was in line with last year in the third quarter. This represented an improvement on the decline in sales in the first half and was driven by the expected later phasing and higher sales at Illovo.”

“Revenue in the third quarter was 5% ahead of last year driven by both AB Mauri and ABF Ingredients.”

“Revenue growth continued in the third quarter at AB Agri, driven by higher feed sales. Higher feed prices have reflected an increase in the cost of raw materials. However, margins remained under pressure with higher input and operating costs in UK feed and increased price competition in feed enzymes.”

“Our business in the US continued to deliver encouraging like-for-like and strong total sales growth. We expect to open over the next twelve months the previously announced new stores at American Dream, New Jersey and Sawgrass Mills, Florida and we have now exchanged contracts on a store in State Street, Chicago.”

The Company’s shares rallied 0.61% or 15p to 2,459p a share in morning trading on Thursday. Analysts from UBS, Shore Capital and Liberum Capital all reiterate their ‘Buy’ rating, while Credit Suisse reiterated its ‘Outperform’ stance on Associated British Food stock.

Elsewhere in retail and on the highstreet, there have been updates from H&M (STO: HM-B), Sports Direct International Plc (LON: SPD), and Superdry (LON: SDRY).