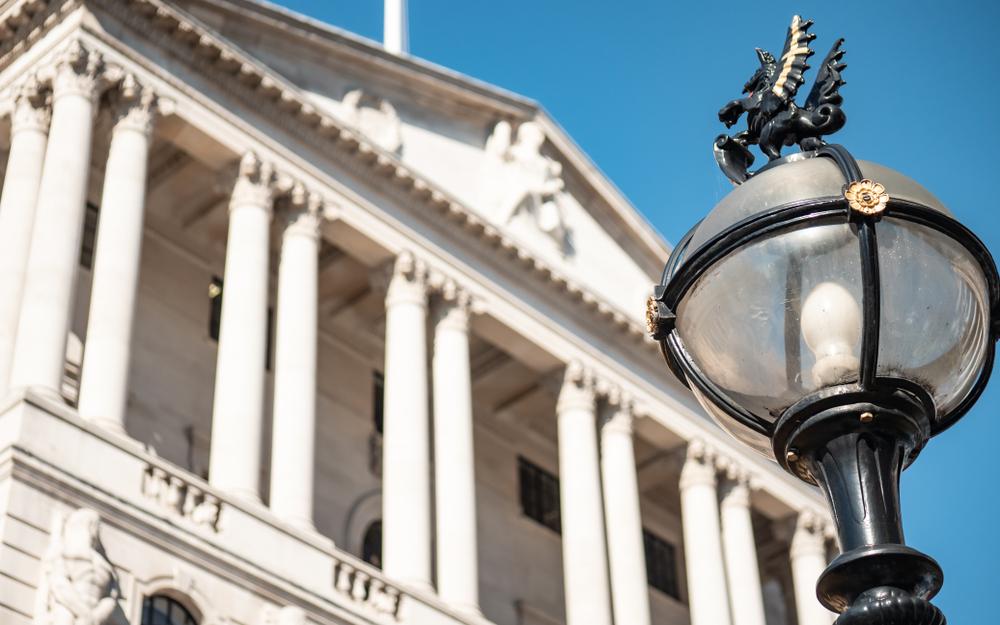 The Bank of England‘s Monetary Policy Committee (MPC) voted on Thursday to maintain its all time low interest rate at 0.1% and leave its target for bond-buying unchanged at £745 billion.

Although it looks as if the central bank will hold off on any further stimulus packages or the like to help bolster the UK economy through the coronavirus pandemic, a ‘material’ rise in unemployment looms on the horizon as the government prepares to wind up its furlough scheme in October, and the Bank has warned that the future of the UK economy remains ‘unusually uncertain’ as the UK’s oldest financial institution continues to tackle widespread market pessimism due to virus fears.

The MPC said the economic outlook for the UK and the direction of the Bank’s monetary policy in the coming months rests ‘critically on the evolution of the pandemic, measures taken to protect public health, and how governments, households and businesses respond to these factors’.

Last month, the Bank of England announced it would consider asking UK banks to freeze their dividend payments during 2021, following in the footsteps of the European Central Bank‘s decision to ‘scrap dividends’ and ask directors to be ‘extremely moderate’ with staff bonuses until the beginning of next year.

Nevertheless, the Bank of England so far has no plans to ‘tighten monetary policy until there is clear evidence that significant progress is being made in eliminating spare capacity and achieving the 2% inflation target sustainably’.

The MPC’s projections for the rest of 2020 have emerged somewhat more optimistic than the Bank’s dire May forecast, which saw predictions of a 14% contraction of the UK economy, hit hard by the impact of lockdown and social distancing measures. The Bank has since revised this estimate down to 9.5%, on the basis that the recent rebound in consumer spending could help drive the economy’s recovery back to pre-pandemic levels.

Bank of England governor Andrew Bailey commented on the MPC’s Thursday vote, stating: “We have had a strong recovery in the last few months. The pace puts the economy ahead of where we thought it would be in May”.

All this optimism appears terminal, however, according to the Bank’s prediction that a surge in unemployment levels in the fourth quarter and fears surrounding a second wave of coronavirus infections during the winter months could see the hard-won economic progress backtrack significantly.

Bailey added cautiously that the recent positive data should not cloud our hopes of a consistent economic recovery, adding: “We don’t think the recent past is necessarily a good guide to the immediate future”.

Back in June, Chancellor Rishi Sunak warned that the UK is set to face ‘tragic’ levels of unemployment towards the end of 2020, as cash-strapped businesses are forced to lay off staff once the government’s wage relief comes to an end. Meanwhile, global equities have almost unanimously wavered over the last few months, struggling to respond to conflicting attitudes toward the pandemic as well as mounting political tensions between the West and China over Hong Kong and Huawei‘s controversial 5G scheme.

All that being said, with the UK’s economy currently on a precarious and not-yet-guaranteed upward trajectory, governor Bailey assured that the Bank of England is ‘ready to act’ if the outlook suddenly takes a turn for the worst.

The Bank nonetheless expects the largest annual annual economic decline in over 100 years, and the UK is still on track for the sharpest recession on record. Recovery is poised to be a slow process as well, with the economy predicted to grow by 9% in 2021 and 3.5% in 2022, but a full recovery to pre-Covid levels is not expected until the end of 2021 at the earliest.

Unemployment rates are expected to soar from the current 3.9% to 7.5% by the end of the year.

The response to the Bank’s news has been mixed. Luke Davis, CEO at IW Capital and private equity expert, welcomed the Thursday update:

“These figures will be encouraging to many who would have feared much worse. Resilience is an important part of any business and firms that have survived this period will now be looking forward to growth and opportunity. We have already seen billions spent by the Government and now may be the time to take a proactive – rather than reactive – step to boost the economy back to where we were in February, and beyond”.

Others have criticised the Bank’s somewhat lacklustre update, with one Twitter user weighing in:

The Bank of England suggests our economic outlook may be better than we feared a few months ago … assuming no virus surprises, no shocks to consumer confidence, no geopolitical turbulence, and no Brexit bumps at the end of the year. Too soon to party? https://t.co/BagCgkrhNw

“Today’s announcement further highlights the long term nature of our country’s economic recovery. In the short to medium term, we are facing a significant double dip recession that could last well into late 2021 and the economy will be hurt by both SMEs closing and mass redundancies for a significant part of the workforce”.

So overall a mixed bag from the MPC’s update. No further stimulus seems to be on the cards, which will undoubtedly leave long-suffering high street retailers dreading the next few months with imminent widespread unemployment and the ever-growing risk of another lockdown sitting ominously on the horizon.

The recent resurgence in consumer spending is – of course – subject to any changes in the government’s pandemic response, and with a concerning rise in virus cases in the North of England and Scotland leading to localised lockdowns in Leicester and Aberdeen, and a warning from the England’s chief medical officer Chris Whitty that we are fast approaching the ‘limit’ of easing restrictions, the Bank of England may well have to demonstrate just how ‘ready’ it is to act, as the path to economic recovery looks as bumpy as ever.