Home Features Boris pledges billions to rescue economy – but is it destined to... 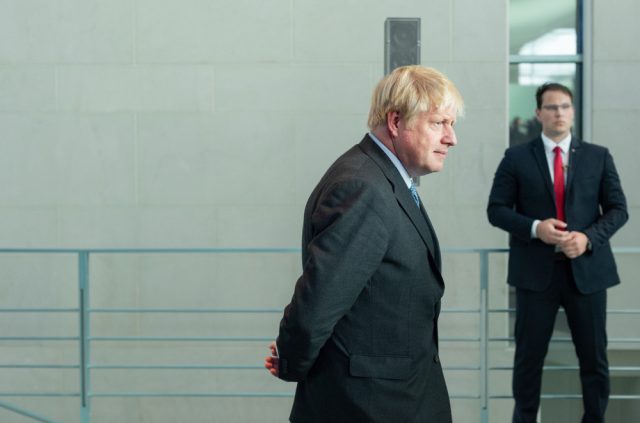 UK Prime Minister Boris Johnson has vowed to spend billions of pounds to rescue the economy, as the country fast approaches a looming economic fallout in the wake of the coronavirus pandemic.

Early on Sunday, Johnson took to Twitter to announce his plans to build the country’s way “back to health”. In an interview with the Mail on Sunday, he reinforced his election-era commitments to ‘levelling-up’ British infrastructure – pledging new homes, schools and hospitals – as well as providing thousands of new jobs in the process.

A storm of epic proportions

The PM’s promise could not have arrived at a time of more desperate need.

Just last Friday, Chancellor of the Exchequer Rishi Sunak warned of “tragic projections” for UK unemployment when the government’s furlough scheme comes to an end in October. Strict lockdown measures implemented in March to stem the spread of coronavirus also hit the construction industry hard, with all non-essential projects put on hold until the end of April.

In his typically bombastic style, Johnson compared the pandemic and its repercussions to a storm of epic proportions, stating: “If Covid was a lightning flash, we’re about to have the thunderclap of economic consequences”.

We want to build our way back to health. If Covid was a lightning flash, we’re about to have the thunderclap of the economic consequences.

We’re going to be ready.

Read my full interview with The Mail on Sunday here: https://t.co/DX9tIURqKI pic.twitter.com/y0mUpgCJru

Responding to questions about how the government intends to fund his ‘levelling-up’ agenda, Johnson was swift to shut down rumours that he might follow in the footsteps of former Conservative PM David Cameron: “We are absolutely not going back to the austerity of 10 years ago”.

Project Speed to the rescue

A new task force named Project Speed – led by right-hand man Sunak – is set to be unveiled in one of the PM’s speeches in the Midlands on Tuesday. The group’s aim is to deliver key projects faster, with one of the first proposals being a number of new prisons to help address issues with overcrowding and coronavirus infections.

Explaining the details of his plan to reverse soaring unemployment rates and inject a shot of optimism into the economy, Johnson said:

“We’re going to need a very committed, dynamic plan. Not just for infrastructure, not just for investment, but making sure that young people have the confidence they need that we are going to help them get into a place of work, to keep their skills up, to keep learning on the job and get a highly paid, highly skilled job that will stand them in good stead for a long time to come.

“We are going to have plans for work placements, supporting young people in jobs, apprenticeships, getting people into the workplace, making sure that their skills don’t just fall into disuse and we’re going to give an opportunity guarantee for all young people”.

“As we move out of this awful period of coronavirus, this dreadful disease, we want to get Britain moving again. We’re building now very much a road to recovery, a road map focusing on infrastructure right now, levelling up across the country, focusing on roads, broadband – the type of things that effectively help to create jobs but also provide services and economic growth and opportunity across the country”.

Johnson’s pledge comes after the Bank of England injected £100 billion into the UK economy to stop the UK slipping into insolvency. Last week, Governor Andrew Bailey revealed that the government would have faced a “market meltdown” had it not been for the Bank’s historic intervention, but was quick to warn that businesses should not rely on bail-outs and boosts in the future.

Nevertheless, mounting fears that a recession is on the horizon mean that Johnson’s promise has been welcomed with open arms – for some at least. Notoriously argumentative Piers Morgan was one of the most high-profile critics of the PM’s announcement, posting his thoughts on Johnson’s leadership so far on Twitter:

The irony of @BorisJohnson winning an election on a pledge to ‘take back control’ when he’s now completely lost control of this country through his mind-blowing dithering & incompetence… is amazing. pic.twitter.com/qFDTllRb87

Johnson’s government faces a test of its mettle in the months ahead. Time will tell if vows to implement “shovel-ready” road and rail infrastructure will come to fruition, and if the government can provide an “opportunity guarantee” for the millions of workers expected to join the unemployment line this autumn.

Based on past examples, Johnson is not exactly known for keeping to his word – lest we forget his ill-conceived “£350 million for the NHS every week” Brexit campaign poster, which is still yet to be delivered. He famously built an election campaign on the promise to “get Brexit done” by Halloween 2019, but of course, the UK has yet to formally leave the European Union, and the deadline has been moved to October 2020 to leave room for further negotiations.

So, one would be forgiven for having little faith in the PM to deliver on his promises. Perhaps the pandemic and his own brush with death has changed Johnson’s attitude, however, and we may be eating our words in a few months when the government does what it says it will do.

But once again, time will tell.

Will the airline industry survive Coronavirus?