- Advertisment -
Home Features Brexit and Neorealism: quickly explaining why the UK needs Trump out of... 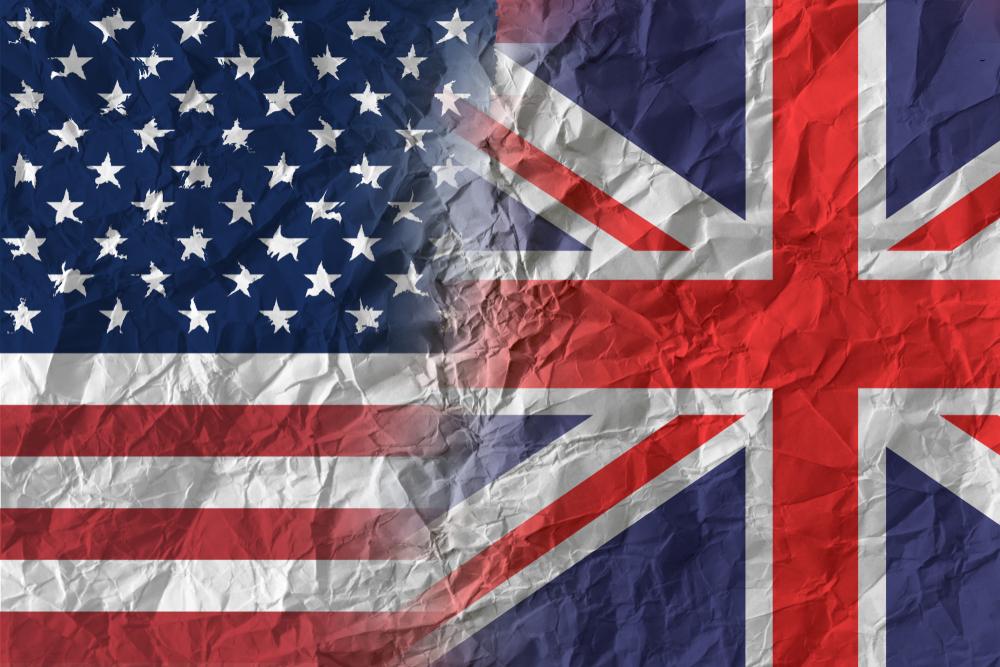 One of the first things you’re taught in international relations class is the school of neorealism, which posits that the international system exists in a state of anarchy, with all states vying for the greatest share of power. Each state’s share of power is relative and determined by their distribution of capabilities – military, economic, natural resource, technological, demographic etc – and for our discussion of Trump, Brexit and trade deals, we’re most interested in the economic capabilities of each actor.

You see, apart from giving us uncomfortable reality checks, realism is also useful as a parsimonious explanation of complex dynamics. Whereas many would, perhaps rightly, complain that international relations involves complex and myriad considerations and analyses, realism plays a simpler game. It says, regardless of whether our nation’s proclivity is more towards being offensive or defensive, we all want security and prosperity, and each agent (nation-state) attempts to improve its capabilities relative to others – by increasing its economic growth, military strength, stake in resource extraction, technological and scientific innovation, and so on.

Why is this relevant for a Trump presidency?

Now it is worth noting that this zero-sum trend does not always play out. Indeed, over the last four decades, the West has typically favoured globalisation and complex supply chains. While these mechanisms have helped our more economically capable states (traditionally Western countries) to become more capable, as their citizens specialised more intensively in high-income sectors such as legal, financial and generally white-collar services, these changes have not negatively impacted the previously less capable states. In fact, relative changes in power dynamics have been in favour of many newly industrialising nations, with the economic and military development of countries such as China, India and Brazil among others far surpassing the relative development of Western nations during the same period.

This trend, it seemed, would occur perpetually, with China rising at such a rate that people began questioning the longevity of the US’s hegemony. This was, perhaps, revised over the last four years, with Donald Trump as president. Certainly, any fair analysis of Trump would not credit him with any revolutionary expansions in America’s capabilities. What he has done, however, is wobble the tracks of the Chinese boom train, with a combination of tariffs and rhetoric which have made it harder for the Chinese to supply the US – and its allies – with Chinese goods and services with the ease it became accustomed to.

This anti-Sino approach is just a small part of Trump’s pro-American protectionism, which, in fact, isn’t just disruptive for China, but anyone that’s not the US.

In this sense, Trump America is the twenty-first century vindication of realism. Realising that power is a matter not just of how much of each capability you have, but how much you have relative to everyone else, we can imagine the Trump approach to be one of maximising domestic benefits while minimising the benefits incurred by others.

And, putting yourself in the shoes of a US citizen who enjoys seeing their country as the biggest and baddest player in the game, you can see why the Trump approach might be appealing. Regarding economic capabilities, (for the sake of being simple, we’ll use GDP) US GDP has risen from $10.25 trillion in 2000, to 20.54 trillion in 2018. During the same period, Chinese GDP skyrocketed from $1.21 trillion, to $13.61 trillion. These trajectories, save for US efforts to slam the brakes on everybody’s perpetual growth, would have seen it unseated as the unitary global hegemon. However, we now know that the US is willing to not play nice in order to keep its throne, and this should be concerning for relatively small fry who rely on its mercy, such as the UK.

Brexit Britain: small fish in a pond with big fish

Likely not much surprise to anyone, but when compared to the US, the UK is a bit of a tiddler. Militarily, we are comparatively miniscule; technologically, we produce a fraction of the patents and are home to far fewer tech giants; we rely on US strength for our resource security; and economically, we are little over a tenth of the size of the US, with a 2018 GDP of $2.8 trillion.

Now, in a situation where the US has a relatively benign leader, keen on preserving the ‘special relationship’, a lonely Britain knocking on the door and asking for fair treatment would be less of a problem. Sadly, that is not the case.

Trump, as we have discussed, is unreserved in putting US interests first, and he makes no exception when dealing with the UK. He knows that we need a trade deal with the US more than they need one with us, and he knows this makes the UK extremely susceptible to the US’s will. Firstly, because, under an ideal free trade agreement, a greater proportion of our exports will be US-bound than theirs would be UK-bound. Secondly, they have the clout and resources to start a tariff war with the UK, knowing that it’ll hurt them less than it’ll hurt us. Third, knowing we’re unlikely to negotiate particularly favourable terms with the EU, they’ll know the UK are desperate, and will therefore be more likely to agree to unfair terms with the US.

And these dynamics are now our reality. With the US demanding parity of market access, the erosion of UK food standards and removal of protections on NHS services and drug prices, Trump has sent a clear message to the UK. We will give you what you want if you offer us everything you hold dear.

Playing the neorealist game of counting capabilities for a moment, if we look at the UK versus the US in terms of economic scale; the global GDP in 2018 was around $142 trillion, with the US and UK representing roughly $20.5 trillion and $2.8 trillion respectively. Alternatively, we might turn the global GDP into a ratio out of 100, with the UK having a rough stake of 2/100, and the US holding a stake of 14.5/100. Now, this comparison may not be all-inclusive, but it indicates the UK’s vulnerability. We are a small fish, pleading for the benevolence of a big fish that has decided that its friendship are secondary to its appetite – but things have not always been so hopeless.

Indeed, while the infamous Suez crisis tells us that the US has always been quite particular about when it chooses to be the UK’s friend, the UK has not always been quite so helpless when playing the international field. Pre-empting the expected response, I am not referring to the British Empire – that period of British dominance has well passed, and short of some miracle, (thankfully) shows little sign of occurring in the near future. Instead, what I am referring to is the UK’s time as an EU member.

While at best third in command of the EU agenda – behind the Franco-German double entente – the UK was part of a body of unilateral rights and standards that were hard to erode, even by the largest of big powers. Rather than going, hands extended with a $2.85 trillion GDP, to an audacious US president for a trade deal, the UK could have been part of the EU bloc, with a nominal GDP of $18.3 billion in 2019. These numbers might seem over-simplistic or even meaningless to some, but when we have a president who makes neorealist IR theory more accurate than ever, these numbers have more significance than many would care to realise.

The simple fact is that it is far easier to dictate terms with Trump as part of the EU than it is outside of it. Once the EU bloc has agreed upon a policy direction, it can defend these decisions with the voices – and power – of over 25 nations against external antagonists. This is not denying, of course, the EU’s current internal turmoil – as evidenced in the recent debate over pandemic recovery spending. However, as a group of small and medium-sized countries acting together, the EU has successfully protected itself against attempts to erode its citizens rights and standards, with all external actors having to adhere if they want to trade goods with the vast single market.

This luxury of dictating terms to outsiders is only afforded to these little fish because of their decision to band together, and acting to prevent each individual agent being bullied by bigger fish. Of course, it would be right to argue that EU’s decision to give membership to nations which are economically troubled (take your pick) and ethically questionable (potentially Turkey) might have put an expiry date on the organisation in its current form. With that being said, Britain’s choice to exit the bloc when it did puts us at the mercy of an unmerciful president, and we should pray that he doesn’t secure another term in November. If he does, we may find that the standards and services which preserve our way of life, will be at an acute risk.

Further, and I fear, concurrently, our opportunities to trade with the EU – now from outside of it – will be limited if we align ourselves with the US script. The narrative of pro-US trade deal Conservatives has so far been one of welcoming cheaper, lower-quality goods, as this will improve the range of goods available to UK consumers. In fact, it is unlikely that any move towards lower standards will be in any way partial. Trump will likely demand that UK supermarkets accept US goods on their shelves, and once this starts, I fear it will mark the decline of existing UK standards. Under the pretence of ‘choice’, cheaper goods will likely gain market share as initial consumer resistance to the new products gradually dissipates. Over time, UK farmers will have a very real dilemma on their hands: supply the lower quality goods that UK consumers are buying, or maintain standards to trade with the EU.

Ultimately, all we need to know is that Trump getting another four years in office will be an entirely bleak deal for the UK. Floating the idea of a triumphant US-UK trade deal may give Britain some leverage in its negotiations with the EU (plainly because we’ll appear less desperate), but doing so while at Trump’s behest, may mean we have to make some very real concessions. We’ll likely be reminded, once again, that Brexit in the time of Trump can only bring us more pain than gain.