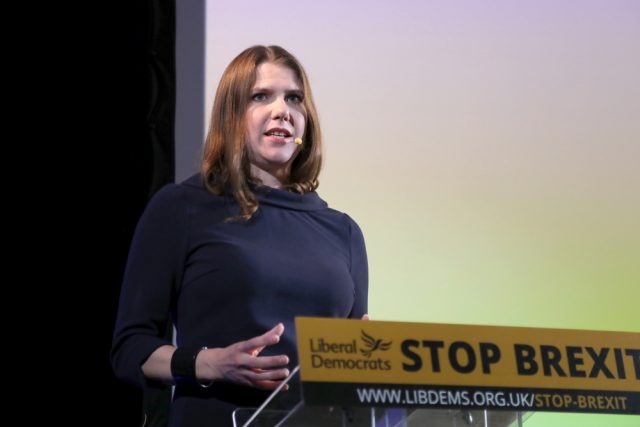 If you’ve heard of the ’empty centre’, you’ve most likely heard of the party that calls that landscape home. The Lib Dems (Liberal Democrats): centrist and unfulfilled or just moderately shambolic?

As the son of an ex-Liberal councillor, I can’t avoid any mention of the Lib Dems being followed by a remark about the party not being what they once were in their previous incarnation. And perhaps my mum is right. Once upon a time the party were the voice of rights, freedoms and even positive liberty in British society. Today, they seem to be lacking either an effective voice or much to have a voice about.

One interesting insight by Roi Zur of the British Journal of Political Science, stated that it mattered little at this point whether the Liberal Democrats moved either way on the political spectrum, but rather that voters were looking for valence attributes. These attributes, when boiled down to a reductive summary, were mainly constituted by competence and trustworthiness.

Following this logic, I believe Jo Swinson deserves praise for asserting a strong Remain position as the party line. Not only does it display a degree of certainty from a party often found wanting in regard to ideological loyalty, but it sets them apart from their two largest counterparts. The Lib Dems aren’t just identifiable and accountable to this explicit position, but their efforts in furthering this cause gives them a direction and unity that the Conservatives and Labour can only envy.

My optimism for the moderate centre-ground underdogs ended this week, however, with what I viewed as two ill-conceived moves of political chess.

First – and not in order – yesterday’s proposal to back Boris Johnson’s bid for a general election. Some credit is owed to Jo Swinson, not only for her gusto, but for her efforts to make the Lib Dems once again appear like a party not only willing but ready to attempt a position in government. This surefootedness is not only admirable but contrary to the offerings of other UK-wide parties.

I’m afraid that’s where my praise ends. While wishing the Lib Dems the best in their endeavours, I believe pushing for a general election, or more importantly aligning themselves with the Conservatives once again, was more a move of hubris than prudence. Not only does it encourage connotations of 2010, but the subsequent memories of back-tracking and betrayal where there was once such hope. The clamour surrounding the Nick Clegg-Vince Cable machine and ensuing coalition disaster was with no exaggeration the Lib Dem’s most memorable highlight in the modern epoch. Moves such as yesterday’s offer to back a Conservative prime minister hell-bent on undercutting citizen’s rights and social provisions, screams not only of desperation but of a laughable desire to one-up the party’s past misjudgement.

Secondly, I’d cite the party’s decision to abstain from the vote to express regret for Social Care Act 2012. I’d begin by highlighting that the vote was, as sensationally omitted when announced across news and social media outlets, neither to enforce an end to NHS privatisation, nor to end NHS privatisation in its entirety. It was a vote to express regret that the Queen’s Speech had not repealed the Social Care Act 2012.

In response to the party’s decision to abstain, former leader Tim Farron stated, “The amendment talked of stopping privatisation – and if that was all it said, I’d have voted for it… but it also entailed a massive, pointless restructuring of the NHS, which would be extremely daft.”

With this in mind, I think abstaining sent the wrong message if nothing more. Voting in favour of an entirely formative motion would not have forced the party to permanently commit to a policy line, but it would have displayed some regret for past wrongdoings. Like it or not, having a hand in extending the privatisation of the NHS didn’t do any favours for the Lib Dem brand, and showing no remorse allowed the vultures to pounce and knock Jo Swinson’s progress back a couple of steps.

On surface level, a bit of initiative would inform you that most Remain supporters are also likely to support the NHS as a public service, so it would appear little more than poor judgement that the Lib Dems decided not to offer sentimental support for the beliefs of their (now) core demographic. On a more substantive level, supporting the NHS as a public service is entirely within the party’s remit. Despite being a somewhat fluid entity within the centre-ground, the party’s raison d’etre is the preservation of liberty via rights, and I struggle to think of many pillars of decent and civilised society that are more important in modern Britain than our NHS. Protecting it should be a badge of honour for a party which purports to further justice and opportunity. Missing an opportunity to show solidarity behind such an important institution tells me that at best, the party are not yet fully competent, and at worst, if such a disregard was intentional, they should be ashamed.