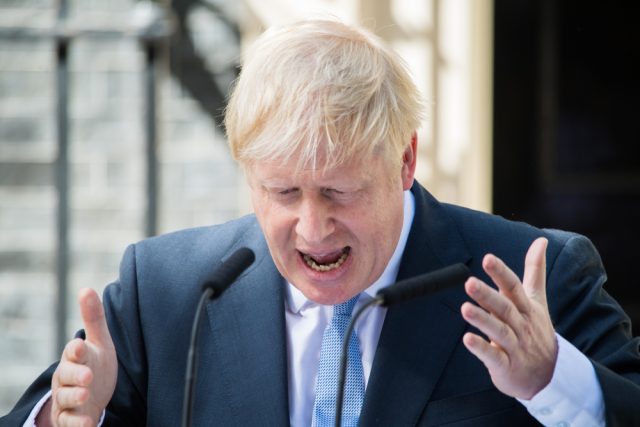 Though perhaps one of the few yet to turn green at the sound of the name ‘Boris Johnson’, the prime minister decided the weekend was not for resting, and chimed in to tell the UK he would be like the Incredible Hulk and free the UK from the EU’s grip. On a slightly less amusing note, the drone strike on Saudi Arabia, and a disheartening set of fundamentals in China jammed the emergency break on last week’s rally across markets. Though not as disastrous a turnaround as one might expect, the news was enough to see Brent crude take an 8% hike and stutter growth across indices.

“There was a lot going on this Monday, the markets fighting fires on a few different macro-fronts.”

“The drone attack on Saudi Arabia’s biggest oil production facility, reportedly taking out 5% of the world’s supply, strapped a rocket to Brent Crude. At one point the black stuff had risen from $60.24 to $71.88 in one super-surge, before settling back at $65.29 – still an 8%-plus climb after the bell.”

“That’s because overnight investors were served up a reminder that all is not well over in China. Fixed asset investment slipped from 5.7% to 5.5%, while retail sales missed out on the expected bounce to instead fall from 7.6% to 7.5%. Worst of all, industrial production slumped to 4.4% against the previous month’s 4.8% and the forecast 5.2%, doing a number on the FTSE’s mining sector in the process.”

“While the indices dealt with the oil/China news, the pound was somewhat tempering its recent optimism. The Sunday papers were full of reports suggesting the EU and Boris Johnson are perhaps not reading the same book, let alone on the same page, especially with the Prime Minister comparing himself to the Incredible Hulk as he promised to break free of Brussels’ ‘manacles’. Though still near last week’s highs, sterling dipped 0.2% against the dollar and 0.3% against the euro.”