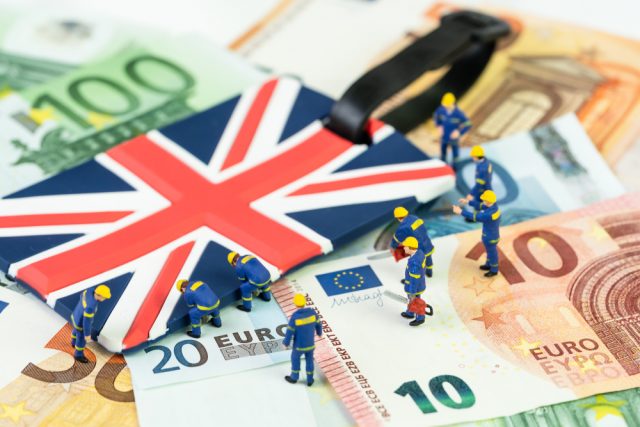 As trading closed for the week, sterling finished more confidently than the euro, as hopes remained for the prevention of a No-Deal Brexit outcome. The FTSE’s gains remained fairly subdued and the Dow Jones rose healthily.

Spreadex Financial Analyst Connor Campbell had the following to say about the week’s market close,

“Sterling appeared eager to end to week – and month – on a positive note, pinning its hopes on a no-deal Brexit being averted.”

“There are a few things the pound could point to this Friday as the catalyst for Friday’s rebound, however unconvincing. Gordon Brown has claimed that the EU will shift the October 31 deadline. There’s a judicial review against the suspension of parliament set to be heard in the High Court next Thursday. And cross-party MPs believe they have the numbers to block Boris Johnson’s plans.”

“So, nothing exactly concrete. However, it was enough – alongside weakness from its rivals – to allow sterling to climb 0.4% against the dollar and 0.5% against the euro. That pushes cable above $.1.222, while leaving it knocking on the door of €1.107 against the single currency.”

“The pound’s rebound had the side-effect of keeping the FTSE’s own gains on the lower-end of what was seen elsewhere. The UK index added 0.4%, sending it to a 2-week peak of 7210; in comparison, the DAX and CAC were up 1% and 0.6% respectively, buoyed by a 3-year low Eurozone inflation reading, one that arguably forces the ECB down a more dovish route.”

“Working with the leftovers of yesterday’s hard-to-justify trade optimism, the Dow Jones rose 100 points, an increase that took it within touching distance of 26500. A good rally from the 26000-nearing lows seen at the start of August, but still a fair way away from the 27300-eyeing prices it was hitting this time last month.”

Boris Johnson, despite reiterating his commitment to reaching a deal, still appears prepared for a no-deal scenario. Despite the efforts of his UK peers from the Remain faction, hope of preventing a No-Deal will likely come from the EU ranks cracking and offering concessions to the Johnson-Cummings-Rees-Mogg trifecta.

Other news regarding sterling and macro financial updates have come from; Parliament being prorogued, No-Deal Brexit preparations, UK GDP during the second quarter, the London Stock Exchange Group (LON: LSE), the US-China currency manipulation debacle, and analysts’ outlook for markets and currencies.