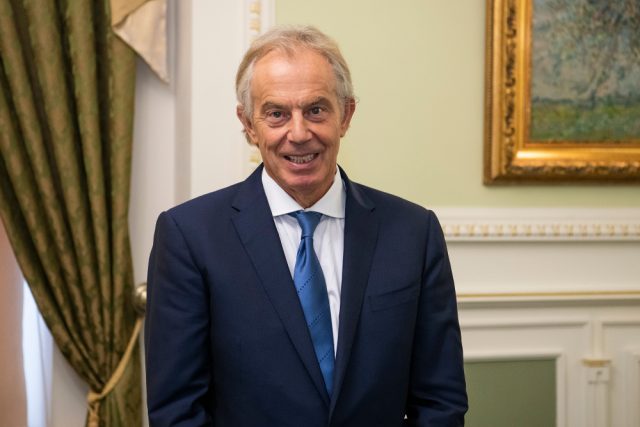 With only a limited window of opportunity left for Parliament to block a No-Deal Brexit scenario, both Leave and Remain sides have upped the ante. The divide within the Conservative Party was made deeper than ever this morning, as Boris Johnson favoured the stick as his means of making MPs toe the party line, threatening to remove the whip of any MP voting against a No-Deal during this week’s session. Doing so would effectively be turning his own party into a minority government, and thus manufacturing the need for an election. On the other side, Labour played the next track on its ‘Best of the Noughties’ record. After Alistair Campbell made several appearances across the media over the last year, their divisive ex-front-man Tony Blair, today showed the current leader how to make a convincing and pragmatic speech.

Stop representing the people, its what they asked for

After securing a shutdown of Parliament, Boris has gone further in his pro-democracy crusade to secure a one-minded party (nothing more democratic than everyone agreeing – having to politically assassinate any opposition is only a cursory detail).

“We need to be rallying behind the prime minister.”@GavinWilliamson defends @BorisJohnson‘s threat to Tory rebel MPs.

Conservative MPs could be deselected if they support attempts to block a no-deal #Brexit, read the latest here: https://t.co/QcVz6SNASk pic.twitter.com/HqNR4uNW92

Tory MP Antoinette Sandbach was one of the first to react, saying she would vote against a No-Deal this week.

“I will be voting against a no-deal Brexit, this is the very last opportunity for parliament to do that because of the prime minister’s prorogation.”

She then spoke to Sky News, in response to the threats delivered to her in regard to her political career.

“I find it staggeringly hypocritical that he’s threatening to take the whip away.

“If that had happened to him when he voted against Theresa May’s deal, he wouldn’t have had the opportunity to stand to be prime minister of this country.”

“I feel so strongly about this that I’m prepared to put my job on the line for my constituents.”

Offering neither a suitable alternative, nor willing to fully reach a pragmatic cross-party compromise, she attributes some of the blame for the current situation to Labour.

“The Labour Party are very responsible for the fact the deal didn’t go through and we didn’t leave on 29 March, together with the prime minister and a quarter of his cabinet.”

She finished her statement by saying,

“The prime minister should bring back Theresa May’s deal. We know that 29 Labour MPs signed a letter saying that they would vote for it.”

“The prime minister and others acted to try and depose Theresa May before that deal could be brought back again.”

“Now that parliament is going to be prorogued, as far as I can see the only advantage to that is the fact that deal could come back.”

Blair says its a trap

It gives me no pleasure to say that the most cogent and rousing speech in opposition to Brexit has come from Tony Blair. But it should be of little surprise. Like him or loathe him, he was a different breed of politician to the likes of Jeremy Corbyn. Polished, politically sharp, engaging – he is the epitome of a modern politician, as opposed to a well-intentioned activist who has had to face the stark reality that the game of party leadership is bloodthirsty.

He told the Westminster procession at the Institute for Government that he normally likes to open his speeches with a few jokes, but that

“I think Brexit’s gone beyond a joke”

“In the modern history of Britain there’s never a more important moment for politicians to put country before tribe and national interest before self-interest.

“We’re numb to the state of our politics. What is happening is shocking, irresponsible and dangerous.”

“Our government is ripping Britain out of the EU – by common acceptance the most important change in this country’s affairs since 1945 – in the most extreme form of Brexit imaginable.”

“Without an agreement to replace the complicated network of political and commercial arrangements we have built over decades of European membership.”

“And it’s doing so without the consent of parliament, but with a deliberate manouevre to curtail it.”

“And without the express consent of the British people, relying instead on a one-off plebiscite now over three years ago in which – not for one moment – was it suggested by those advocating Brexit that no deal would be the outcome.”

Putting his political acumen on show, Blair told his Labour successor to avoid the ‘trap’ of a general election.

“Should the government seeks an election, it should be refused in favour of a referendum.”

“I know it’s counter-intuitive for opposition parties to refuse an election, but in this exceptional case it’s vital they do so – as a matter of principle – until Brexit is resolved.”

“Brexit is an issue which stands on its own, was originally decided on its own and should be reconsidered on its own.”

“The Brexiteers are laying a trap – to seem as if pushed into an election while actively preparing for one.”

So, in a move that some would have hoped would bolster the righteousness of the Remain camp, I would wager it made them look weaker by having one of their best showings not from their current leadership, but from a controversial figurehead from a bygone epoch.

After Michael Gove hinted that the Cummings-led ultras would simply ignore legislation to block a No-Deal Brexit, today’s discussions help us to realise; the dystopian reality where the man who once boasted we make every Hob-Nob in the world would be our de facto Chancellor, seems ever-closer.

There is a growing sense of outrage, a sense this is no longer our country this is not the British way. Suspending Parliament to stifle debate, bullying & blackmailing long serving loyal MPs & threatening to defy the rule of law. That’s the way of the far left not @Conservatives