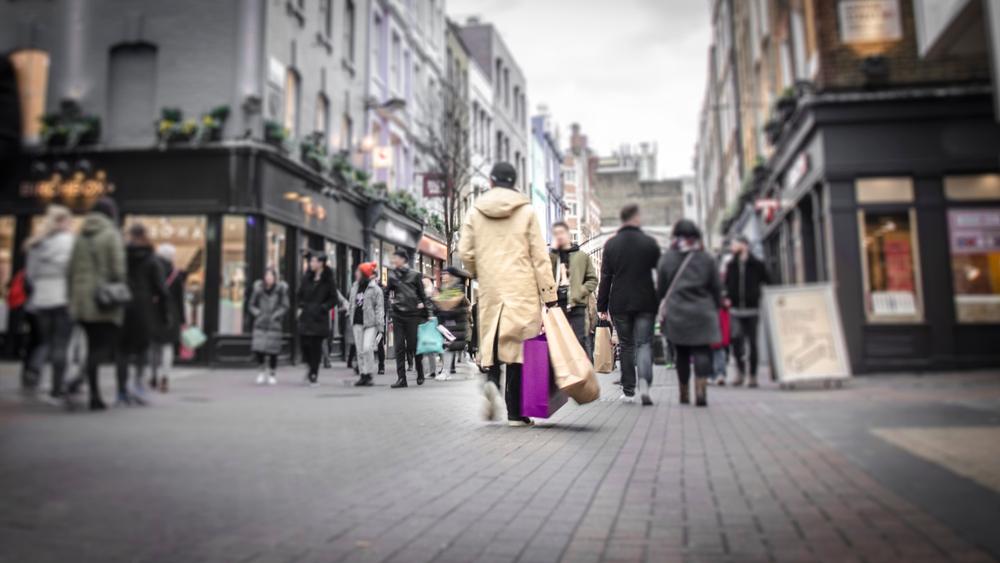 British retailers have seen their worst year of trading in 2019 as data revealed on Thursday.

Even though sales were boosted in December, this was only improved due to the late timing of Black Friday. The British High Street has been hit across 2019 with both political and economic shocks, as firms look to recover from setbacks.

Even though there has been some clarity provided with Boris Johnson’s recent electoral victory, 2019 has been a year of cut throat trading for British business.

In 2019, total sales were down by 0.1%, compared with growth of 1.2% in 2018, numbers from the British Retail Consortium-KPMG sales monitor showed.

Brexit has been dampening customer spirits, and the price of oil and other commodities has been volatile considering the nature of global politics.

Donald Trump’s sentiment with China has only led to Chinese tariffs and higher prices for businesses to import manufacturing and retail goods, causing overhead costs to significantly rise making the prospect of survival ever more unlikely.

In the five weeks to December 28, total retail sales climbed 1.9% from a year before and increased by 1.7% on a like-for-like basis.

In December 2018, total sales were flat annually but declined 1.2% on a like-for-like basis. Before December, only four months of 2019 saw growth in like for like retail sales, which highlights the state of British retailers.

BRC speaks on the matter

BRC Chief Executive Helen Dickinson said: “2019 was the worst year on record and the first year to show an overall decline in retail sales. This was also reflected in the CVAs, shop closures and job losses that the industry suffered in 2019. Twice the UK faced the prospect of a no-deal Brexit, as well as political instability that concluded in a December general election – further weakening demand for the festive period.”

BRC’s Dickinson added: “The industry continues to transform in response to the changing technologies and shopping habits. Black Friday overtook Christmas as the biggest shopping week of the year for non-food items. Retailers also faced challenges as consumers became both more cautious and more conscientious as they went about their Christmas shopping.”

KPMG Head of Retail Paul Martin said: “Grocery is usually a winner during the festive season, although it is important to highlight that growth has been weakening recently and for many players Christmas did not deliver the results it has in the past.

“All growth will be welcome, although the true performance of Christmas trading is still to be determined. The cost of customer returns must not be overlooked. That’s especially true as online fulfilment already costs retailers a pretty penny. Christmas trading reports will likely be mixed, but those that have truly performed well will have managed margin and costs well over both the Christmas period and beyond.”

In the three months to December, food sales also remained flat year on year, however on a like for like basis food sales climbed 0.7% which is something to take out of the gloomy update.

Susan Barratt, chief executive of grocery market researchers IGD, said: “December’s food and grocery sales ended 2019 on a downbeat note. Despite the influence of some inflation across the market, shopper spending was not as expected for such a key sales period. As a result, while the value of spending wasn’t down, growth was negligible and volumes declined – a rarity for Christmas in recent times.

“Despite their financial confidence remaining subdued, shoppers appear to be a little bit more optimistic for 2020. Fewer expect food prices to be more expensive, with 75% of shoppers taking this view compared with 78% in November.”

Some firms have already given updates about their Christmas activity, and these have not been so pleasing for shareholders to read.

The British supermarket mainly attributed its growth in UK trading to food unit, where sales climbed 1.5% year on year to £1.7 billion. Notably in the food unit, the firm saw a 1.4% rise on a like for like time scale.

The clothes unit, which contributed heavily to a slump back in November saw sales fall again by 3.7% to £1.06 billion and on a like for like basis sales fell 1.7%.

In the six week period which ended on January 4, the UK & Republic of Ireland sales increased by 0.2% and rose 0.4% on a like-for-like basis, excluding fuel.

Total group sales fell by 1.7%, however, and by 0.8% on a like-for-like basis, however shareholders have not seem to phased.

In the third quarter, the firm saw its grocerty sales fall 0.9% compared to a year ago whilst total sales dropped 1.4%.

Across the Christmas period, total sales over the 19 weeks period were down 1.5% year on year to £21.03 billion.

Chief Executive Dave Lewis said: “In a subdued UK market we performed well, delivering our fifth consecutive Christmas of growth. In our Centenary year, our customer proposition was compelling, our product offering very competitive and thanks to the outstanding contribution of our colleagues, our operational performance was the best of the last six years. As a result, this Christmas we had the biggest ever day of UK food sales in our history.”

Yesterday, Sainsbury’s (LON:SBRY) saw their shares dip as the FTSE 100 listed firm reported a fall in quarterly sales in a tough few months for the British supermarket.

On a more positive note, grocery sales rose 0.4% from a year ago with online grocery sales up 7.3% an area which the firm has looked to expand over the last few years.

The shift to online shopping was more blatant as one fifth of total sales across the quarter started on line, as online sales grew 5% year on year.

Clothing sales rose by 4.4%, which Sainsbury’s said was driven by both the colder weather during the quarter and its Christmas gift range.

“Retail markets remain highly competitive and promotional and the consumer outlook continues to be uncertain. However, we are well placed to navigate the external environment and are executing well against our strategy.”

Yesterday, Morrisons (LON:MRW) joined a list of British supermarkets who’s saw their sales draw short. The firm said that challenging trading conditions coupled with consumer uncertainty were the largest contributors to the slump in sales.

Notably, fuel sales declined 2.8% year on year across the 22 weeks period, and total sales dipped 2.9% but the figure totaled 1.8% without fuel sale considerations.

Certainly, there is a lot of work that needs to happen to bring back the British high street to life.

The dominance of overseas brands and smaller firms such as Lidl, Aldi and Ocado (LON:OCDO) this has really tested the resilience of the Big Four and other British supermarkets.

With retail and the high street slumping so significantly, the solution will have to come from a combination of both British businesses and the newly elected Conservative Government to allow business to flourish in a time where news headlines have been dominated by political tensions.