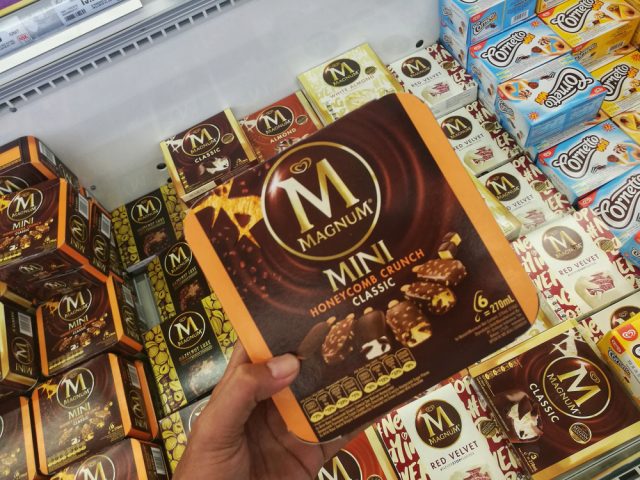 The Guardian has reported that Unilever (LON:ULVR) is stockpiling ice-cream ahead of the UK’s departure from the European Union. A few weeks’ worth of Ben & Jerry’s and Magnum bars are being stockpiled to ensure that that the UK will not face a shortage of its favourite brands once the official Brexit process begins.

The company will also be stockpiling its deodorant brands. These include Sure, Lynx and Dove.

Unilever’s Chief Executive, Alan Jope, said that “we have built inventory on either side of the Channel.” Additionally, he confirmed that “It’s weeks of inventory – not months or days.”

“If I was in the designer handbag business then I might have built further [inventory] cover but we’re not, we are in fast-moving consumer goods and one of the things we have learned is, when you build inventory, it can end up being the wrong mix of product.”

Unilever is not the only retailer to stockpile its products ahead of the Brexit date.

Nestle struggled to stockpile any further ahead of Brexit as its warehouses were almost entirely full of products.

Moreover, Mondelez International, one of the world’s leading snack companies, also announced it would stockpile products and ingredients in fear of a Brexit product flow shutdown. Mondelez owns the popular Cadbury chocolate brand, as well as Milka, Oreo, Philadelphia and Toblerone.

Equally, dairy company Ornua began to stockpile cheddar in the UK in order to avoid the impacts of price-hikes post-Brexit.

As the prospect of a no-deal Brexit looms closer, companies brace themselves for all possible scenarios.

Unilever also announced its full-year 2018 financial results on Thursday. The company experienced profitable growth, with an increase in its underlying full-year sales. However, it warned that market conditions were “volatile”. Indeed, CEO Alan Jope said that he expected these tough market conditions to remain “challenging” in 2019.