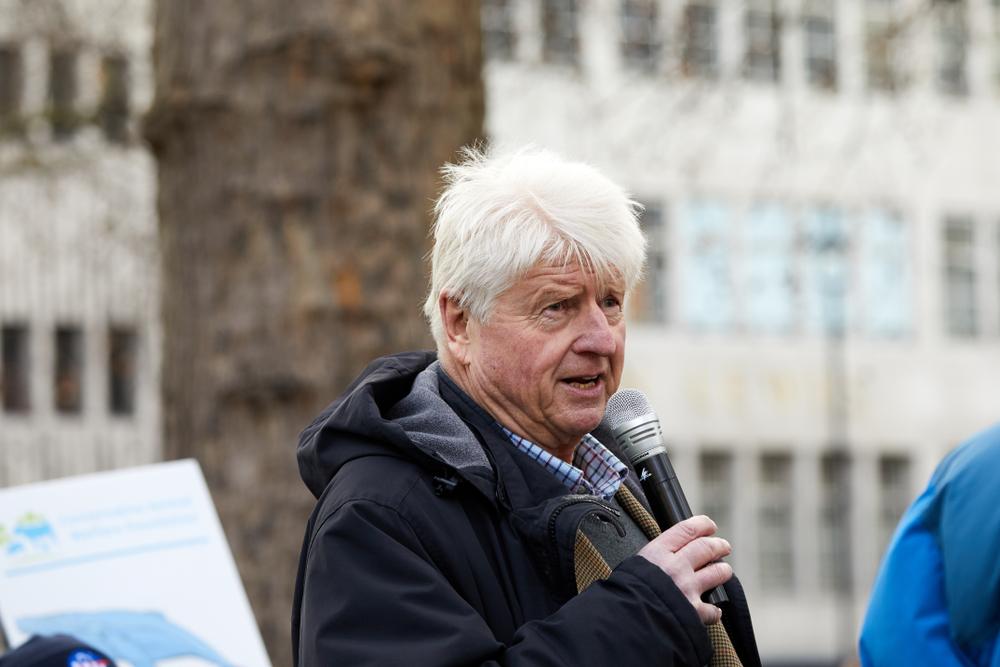 Stanley Johnson, former Conservative MEP and father of the current prime minister, stated that the work being done by the Extinction Rebellion is “extremely important”.

Speaking at an event hosted by the organisation at Trafalgar Square, Stanley Johnson showed solidarity with their cause, as well as speaking in defence of his son’s remarks about the protesters.

“I am afraid that the security people didn’t want me to come along tonight because they said the road was full of uncooperative crusties and protesters of all kinds littering the road.

“They said there was some risk that I would be egged.”

In response, the prime minister’s father stated that the comments were made in jest, and that the entirety of the Johnson family understood the importance of environmental preservation.

“I’m showing up here because I think what they [Extinction Rebellion] are doing is extremely important.” Said Stanley Johnson.

“From tiny acorns, big movements spring. We have been moving far too slowly on the climate change issue.”

“I regard it as a tremendous compliment to be called an uncooperative crusty, that was a remark made in humour.”

“I don’t believe there is a single dissenting voice in the family.” He said.

“Don’t forget we grew up in the country, we grew up on Exmoor, nature is in our blood.”

“I don’t think you need to say ‘will he [Boris] listen [to the protests]’. If you listen to what he said on the steps of Downing Street that very first day, he ended with an appeal for movement on the environment and animal welfare, and that is a very, very good sign.”

During the protests in April, some 1,130 arrests were made during the 11 day duration of the protests. In this round of demonstrations, 600 arrests have been made thus far and 500 additional police officers will be sent to London from around England and Wales.

In response to the arrests, organisers have called upon protesters in custody to refuse bail conditions, in attempt to fill London’s police cell capacity.

“By not co-operating we fill police cells for longer which means arrested individuals will be sent further and further afield.” Said one of the organisers.

The Met responded by saying it had capacity for 650 people in police cells, and added, “contingency plans are in place, should custody suites become full”.

Following a letter from Metropolitan Police Commissioner Cressida Dick, the Home Office said it would review police powers. For now, the police and politicians alike will have to deal with what they’ll view as an inconvenience that won’t go away – and to that extent the protests are serving their purpose.